So far in this series we’ve talked about clutter, meal planning, simplifying your day, and now it’s time to talk a little bit about money. I know in my lifetime I’ve found that the money we bring into our home is going to go somewhere. It can go to things that are important to us or it can go to things that aren’t. The most important thing to know is it will go. Deciding if you will tell the money where to go or just letting it go is up to each of us. 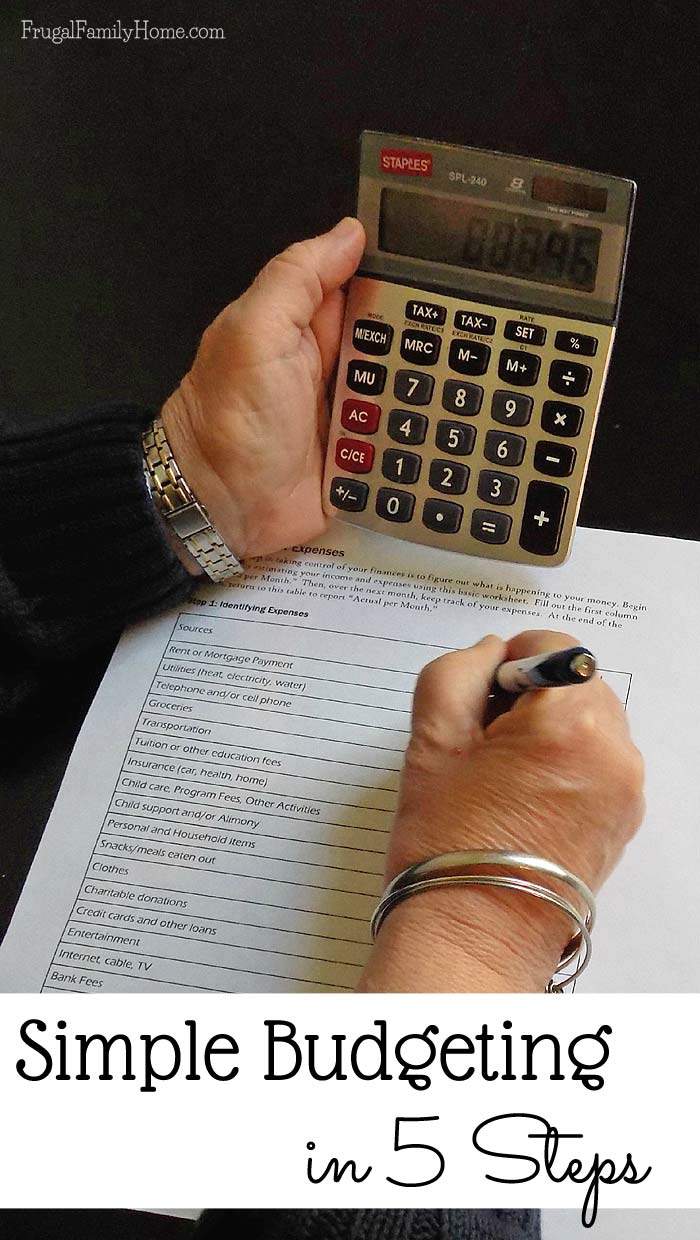 When we were first married we had a good income almost double what we make now. We had two good incomes, no kids, and relatively low bills. But the one thing we didn’t have was a plan for our money each month. Which only made our money go. We also ended up with credit card debt. What’s so crazy is the credit card debt was for things that really weren’t tangible. It was more spent on things for entertainment.

We knew we had to get control of our spending or we would spend ourselves deeper into debt. We started a budget to tell our money where it was going to go, each and every month. It wasn’t much more than a little notebook with each of our bills for the month and the estimated or budgeted amount. Then when the bill came I would write the actual amount paid on that bill and estimate the cost for next month up or down. That was all and it made a huge difference.

Budgeting doesn’t have to be complicated or hard at all. It can be as simple as a one-page budget sheet you have all your bills recorded and each month when you get paid you allocate the money to each of the bills. What is left over is for spending.

Here’s How to Make a Simple Budget in 5 Steps 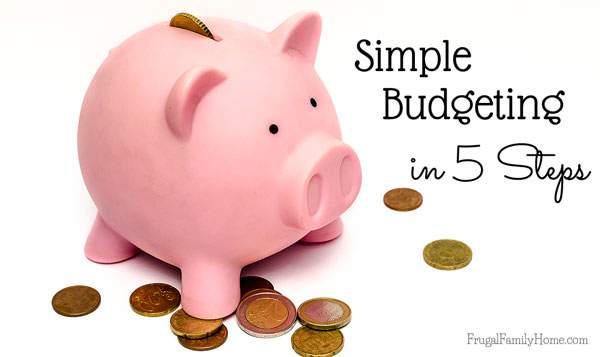 Know and record how much you have in income each month. When you are just getting started with budgeting you can wait until you get paid and record the amount. Plan to set aside an hour each pay day to make your budget for the month.

Estimate Your Bills for the Month

I like to guesstimate what our bills will be each month. I actually average them from the year before and use that as a guide and pad the amount just a little. But if you don’t have bills from the last year and only have what you paid last month, go with that amount for each bill, and pad it just a little. This is an estimate and you’ll be adjusting each month as needed. Once you have about 4-6 month of payments recorded you can either take the highest amount as your budgeted amount for each item or average them to get an accurate amount to budget.

Next you want to decide how much you need to put away where. If you haven’t been saving at all, I would suggest starting small and slowly working up. You want to save some money each month even if it just a few dollars. It’s the habit of saving we are building so be sure to set up a budgeted amount to save each month for things like retirement, college funds, big purchases, etc.

Now comes the crunching numbers part but I promise it won’t be hard. Take the amount of your income and subtract your budgeted savings amount and your budgeted bills. What you have left over is your spending. This is spending for groceries, entertainment, clothing, car gas, etc. We like to have our spending money in the form of cash. It’s really hard to overspend when you are using cash. Once it’s gone, you have to quit spending.

Repeat the Process Each Month or Payday

At the start of each month or each payday, you’ll want to redo the budget. I know our payday is once a month but for a long time it was twice a month. So I would write my budget each month but break up the bills, savings, and spending into two lists. One for the first paycheck the other for the second paycheck. It does make for a little more work but was so much easier to allocate the items to two separate paychecks.

Those are my 5 steps to a simple budget. It’s just a basic budget, but it works to help tell your money where you want it to go. This way the money will be spent on items that are most important and the spending money doesn’t cut into savings or money needed to pay bills.

If you don’t budget do you think these steps could help you be more intentional with your money? I would love to hear what you think in the comments below.

If this article was helpful, I would love to have you share it. Scroll down to use the social sharing buttons below for easy sharing with friends. Thanks so much for sharing!

Missed one of the articles? Find all the articles in the Frugal Simple Living series by following this link.