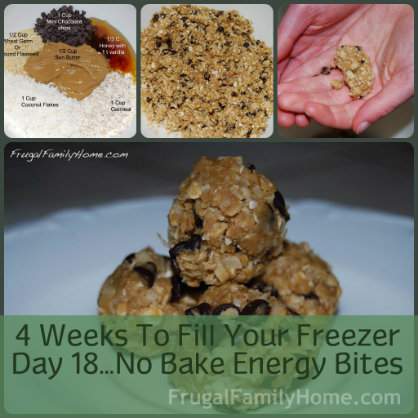 For today’s freezer cooking I made No Bake Energy Bites. These little bites were super easy to make. My kids helped me mix them up. This recipe is definitely a quick recipe to mix up.

First we put all the ingredients into the bowl. 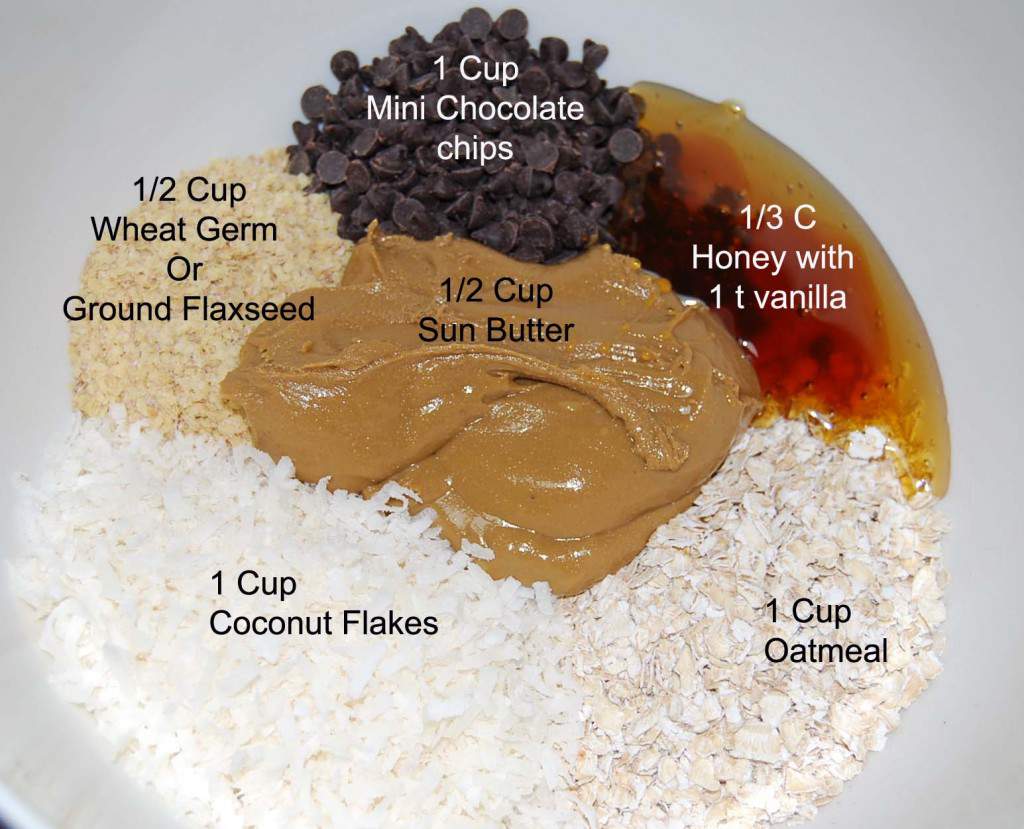 I used sun butter instead of the peanut butter. I also thought I had ground flaxseed but I guess I used the last of it up. So I used the wheat germ instead. I tried mixing it up with a spoon but I found using my hands worked so much better. 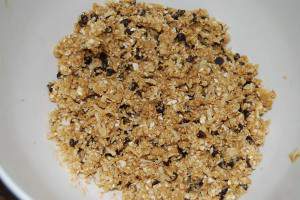 My kids helped with making them into balls for a little while but we were having trouble getting them to stick together. I don’t know if this is normal for this recipe or if I should have added a little more sun butter. But we finally got them all rolled up and ready to go into the freezer. 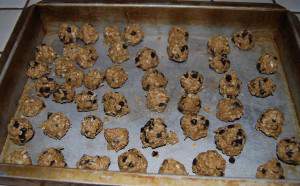 We put them into the freezer. Once they were frozen I put them into a zipper freezer bag. We got 50 Energy Bites out of this recipe. 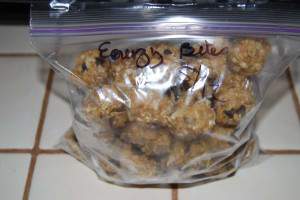 Of course we had to try a few of these to see how we liked them. My daughter liked them. My son made a funny face with the first bite but then with he second bite he decided he liked them. I think the texture was a little different for him and he kept asking me when we were going to bake them. 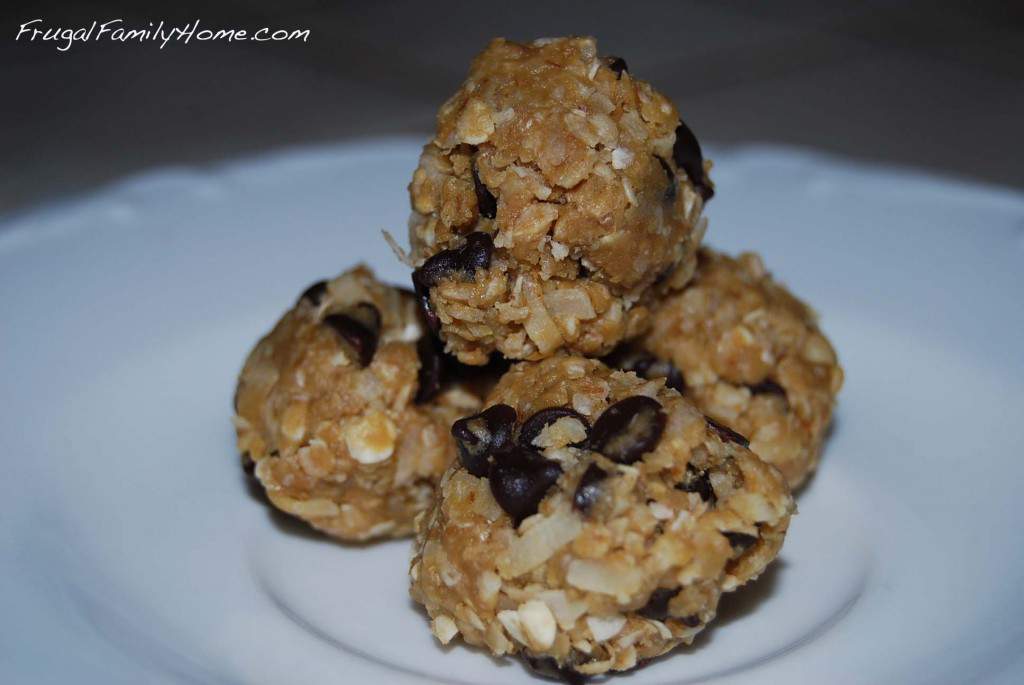 So it looks like I have found another new recipe that we all like. It is so nice finding new recipes that the whole family likes and that are so easy to prepare.

My next freezer cooking won’t be until Tuesday. It looks like Crystal at Money Saving Mom is giving us the holiday weekend off. I am hoping to make a hamburger cake for our barbecue over the weekend. If I do I will be sure to post a picture.

So on Tuesday I will be making Pumpkin Chocolate Chip Muffins for the freezer. This is a new recipe to me but I have heard good things about these muffins from others who have made them before. So I am looking forward to giving them a try.

What do you think about this recipe? Is it one you might give a try?