We make french toast occasionally when we have some extra bread on hand. My family really likes cinnamon french toast. But have you ever noticed how hard it is to get the cinnamon to really mix into the eggs. It always wants to just float on top and all the cinnamon gets on just one piece of french toast or you have to keep mixing the cinnamon back in before you dip each slice of bread.

I saw this tip on a cooking show a few years back and just remember it to share. When you are getting ready to make your egg mixture for the cinnamon toast before adding the eggs to the bowl add a teaspoon of vanilla. Then to the vanilla add the cinnamon and mix it in. 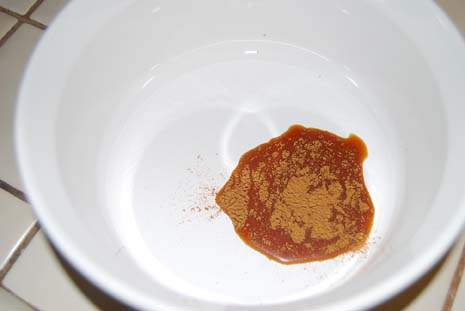 Then just add your eggs and mix.

It really does make mixing in the cinnamon very easy. No floating blobs of cinnamon on top. Give it a try the next time you are making french toast.