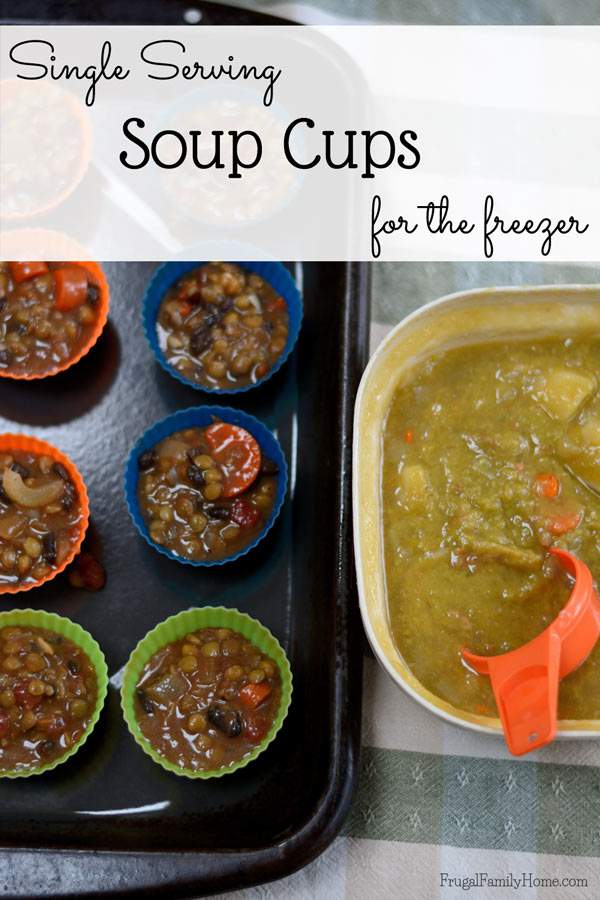 You know one of the ways to cut down on your grocery budget is to stop food waste. I know it’s sounds like such a simple concept, but at times, it can be easy to let food just waste away in the cupboard or refrigerator.

I’m making an effort to reduce our food waste this year. The less food that ends up in the garbage or in the yard debris can, the more money I can save.

In an effort to keep our food waste down I came up with this idea for leftover soup. A few weeks ago we had soup for dinner, twice in one week. We usually will eat the leftover soup for lunch, but my kids wanted something different, so the soup sat in the refrigerator, unloved and uneaten. 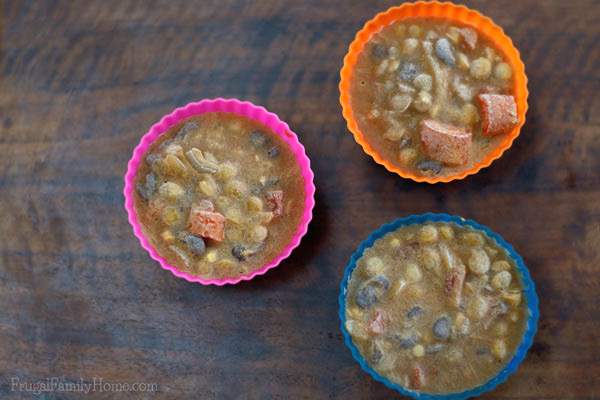 The next day we ate some of the soup, but there was still so much left. I knew if I let it sit in the refrigerator it was going to get pushed to the back and forgotten about. Only to be found on the next refrigerator cleaning day, which could be a while, reduced to a yucky moldy mess.

So instead of letting the yummy soup die a slow and moldy death, I decided to freeze it in single servings for later. That way when my kids are clamoring for a nice bowl of soup or when I running late getting lunch ready, we have some just waiting for us in the freezer. 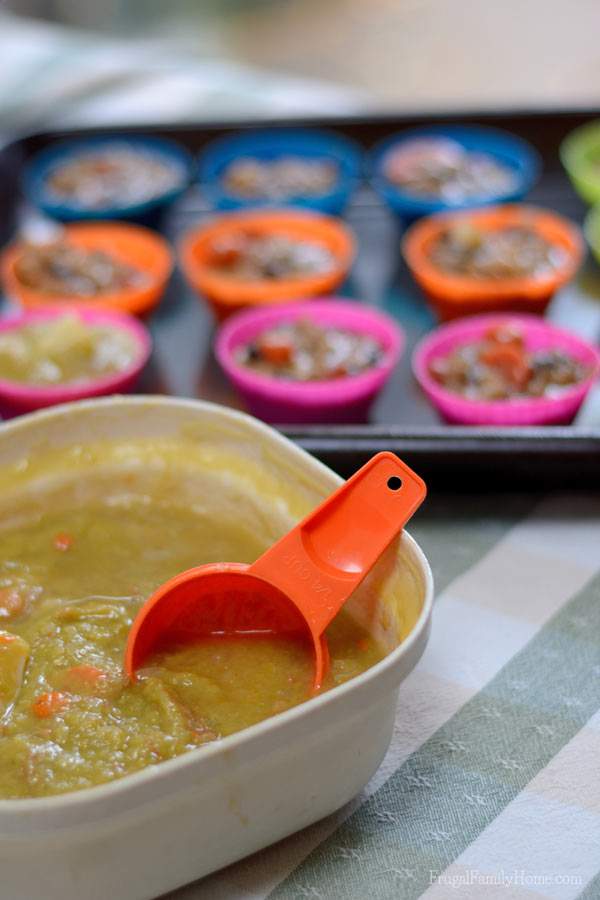 Muffin Cups not Just for Muffins

To make single serving soups is easy with these muffin cups. I love the silicone baking cups (affiliate link), so much that I purchased an extra set of the large ones and two sets of the small ones. (affiliate link) They work great and are easy to clean and easy to pop the soup out of once it’s frozen.

If you don’t have the silicone muffin cups, a muffin pan should work well too. You might need to warm the bottom of the pan slightly to get the frozen soup to drop out once frozen. Not as easy as the muffin cups, but definitely doable. 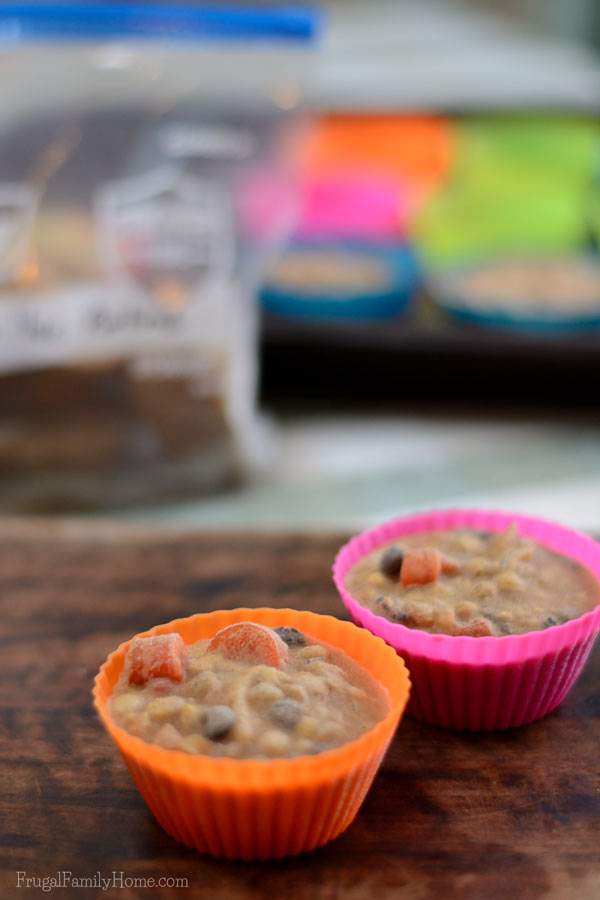 Making the Soup from the Freezer

Knowing how much each frozen cup contained, was really nice. I was able to make one single serve soup per person, when we are having a sandwich with the soup. I placed the frozen single serve soup cup in a bowl and heated them for about 3 minutes on 50% power in the microwave. This worked well to heat the soup up nicely.

If you are better than I am, about thinking ahead then, you could take the amount of soup cups needed for a meal and place them in a pan in the refrigerator to thaw. Then once thawed, just heat and eat when you are ready.

We found that one single serve cup is really a small amount of soup and that two is really better suited for a nice small bowl of soup as an addition to a sandwich. If you are looking to just eat soup for that meal, four soup cups should make a nice bigger bowl of soup.

I also liked that I could make a smaller amount for my son. Who is less apt to eat as much soup as his sister and myself. It’s also nice having more than one type of soup in the freezer. I froze some leftover vegetables lentil soup and leftover split pea soup too. Having a variety for the kids to choose from can help to keep the complaints down.

The next time you have soup sitting in the refrigerator, save it from a slow moldy death. Freeze it into single serve soup cups. They make an easy lunch meal and can save you from throwing away money too.

How do you keep your leftovers from turning into a moldy mess in the back of the refrigerator? Please share your great ideas below in the comments.

3 thoughts on “DIY Single Serve Soup for the Freezer”