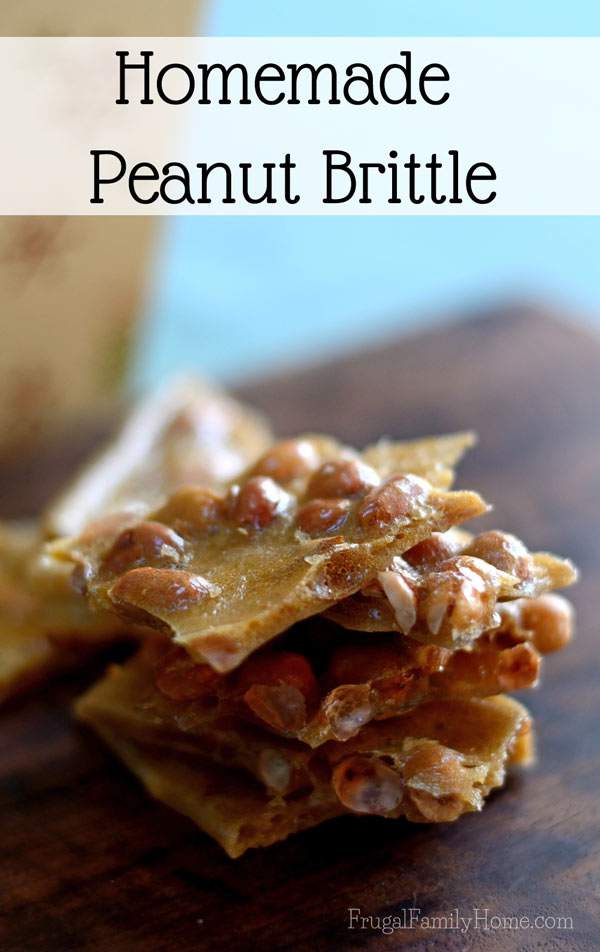 Peanut brittle is something our family has always made. It a wonderful mix of crispy browned sugar and peanuts mixed together to make a sweet and slightly salty treat.

Just a word of warning, the sugar mixture gets super hot and if it gets on your skin can really burn you. I grabbed a peanut that fell out of the pan and regretted it as soon as I touched it.

This is also a recipe I don’t have the kids help with, because of the high temperature sugar mixture. But they do like to watch. I just wanted to mention it, so you could be a cautious when making this recipe. 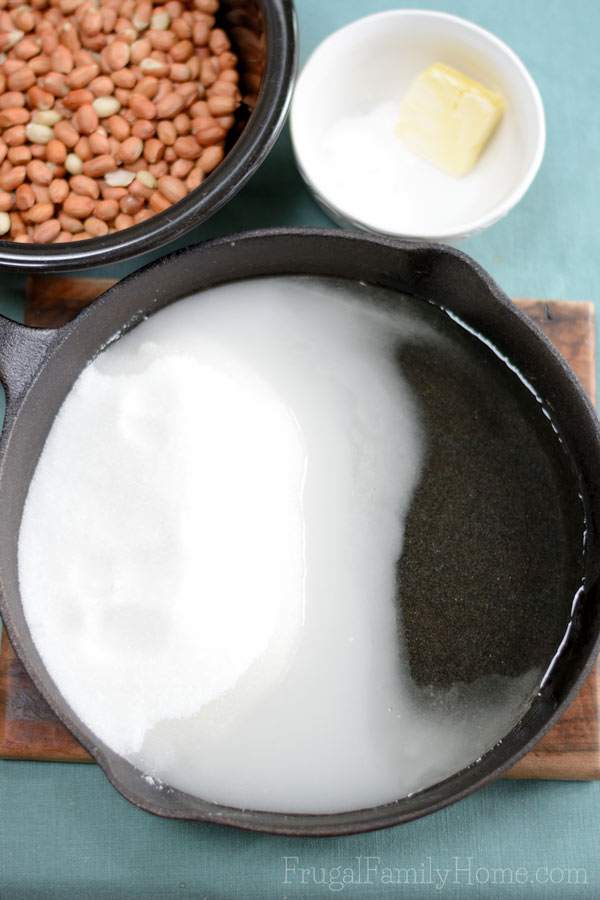 I’ve made this candy recipe with my grandma and aunt a few times over the years. But this year, I decided to try to tackle it on my own. This candy is really all about getting the sugar mixture to the right temperature. Using the right kind of peanuts so you don’t end up with a burnt mess. 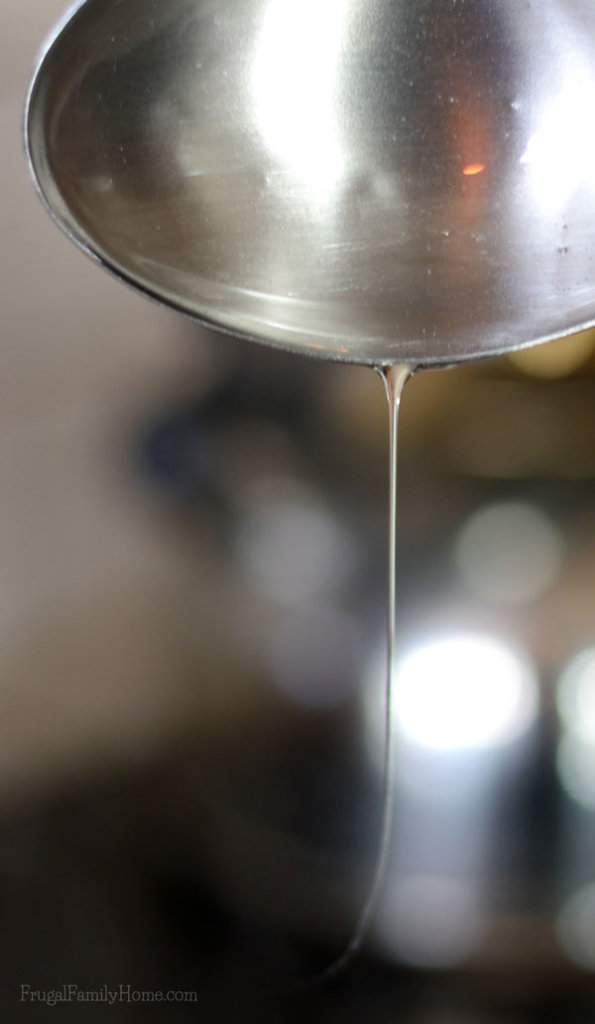 When making peanut brittle you want to make sure to get the water, sugar corn syrup mixture to the right stage. My aunt calls this stage spinning a thread. It’s when you lift the spoon out of the mixture and the sugar mixture comes off in a thread, not a drop.

I used my cast iron skillet to cook the sugar mixture. A smaller skillet, 12 inch one is best. Mine is a 10 inch pan and it’s a little small for this recipe, but I managed to get it done. It did almost go over the edge at one point though. So, a slightly bigger pan is best. 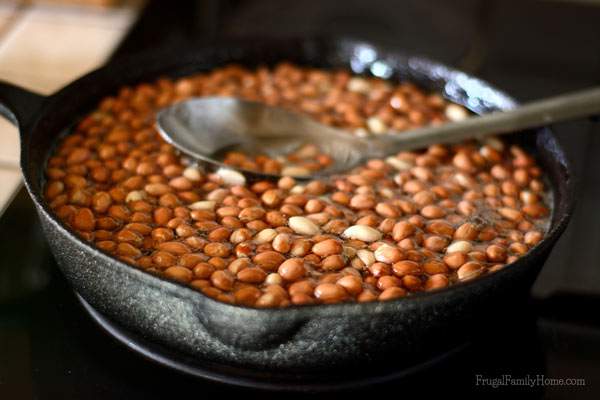 Before I start cooking the sugar mixture. I get my cookie sheets out, buttered and ready to go. I also measure out the raw peanuts and have them sitting in a bowl ready to go. I prep my baking soda, butter and salt in another small bowl,  measured out and ready to go. Nothing worse than cooking a candy too long because you weren’t prepared. 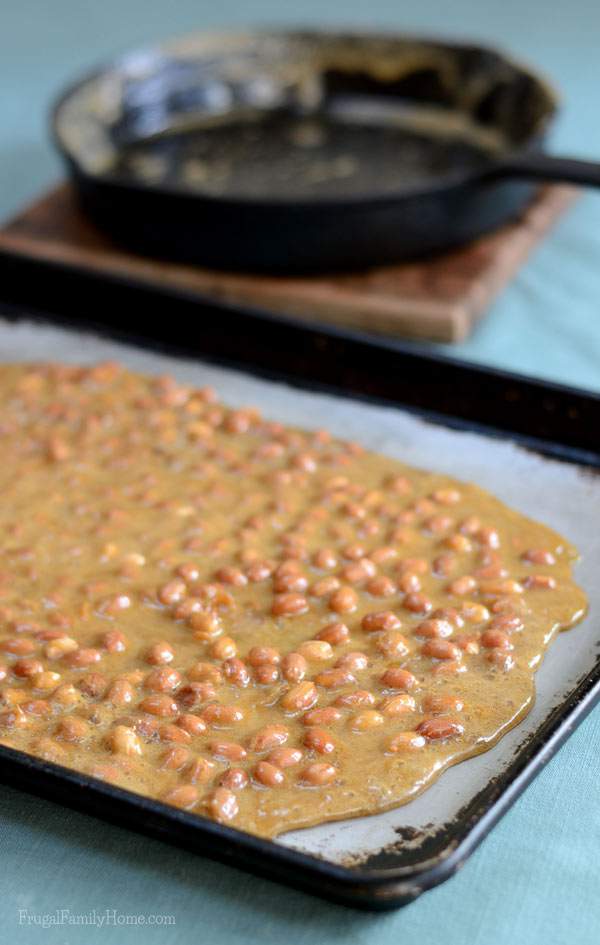 After you get to the spinning a thread stage, it’s time to add in the nuts. Continue to cook and stir until the nuts are nice and brown, but not burnt. 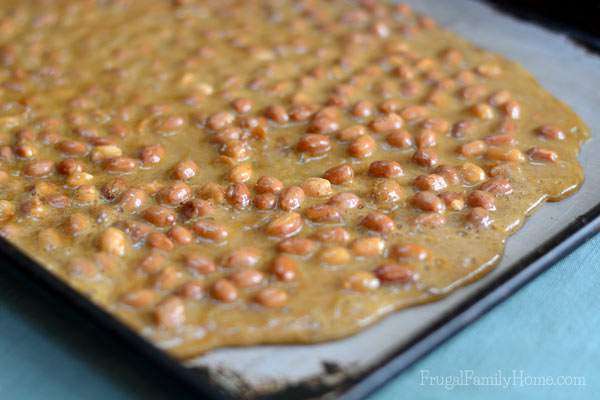 Remove from heat and immediately stir in the salt, baking soda and butter. Stir to combine. It’s going to bubble or foam up some. This is where I had trouble with my smaller skillet. 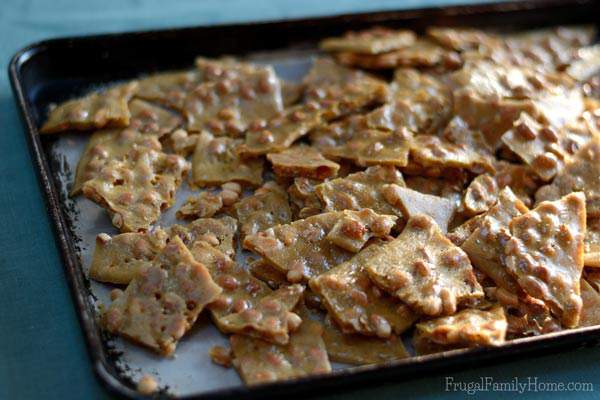 Pour into a well greased cookie sheet and let it set up. Once the peanut brittle is set, break it up into pieces and store in an airtight container. 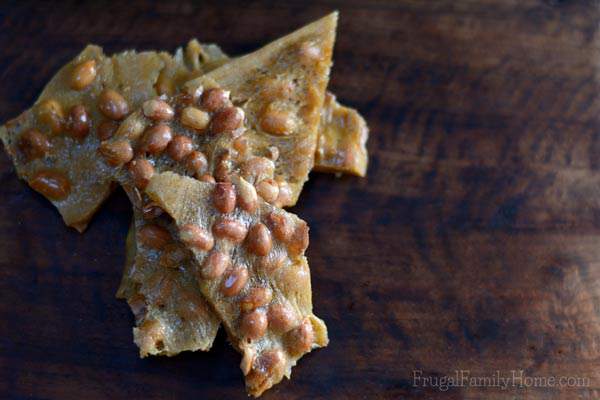 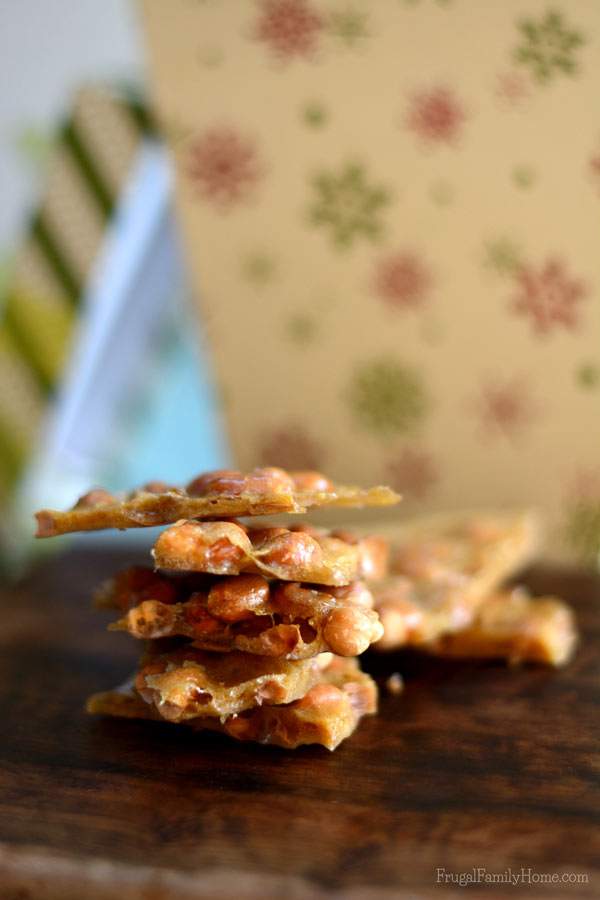 Are you trying any new candy recipes this year?