Soup is a great comfort food. It’s something that I love to make easy to make on cooler days. On chilly days soup can really warm you up. But I also like easy to make soup recipes. This Potato and Corn Chowder with Bacon recipe is easy to make in the slow cooker. 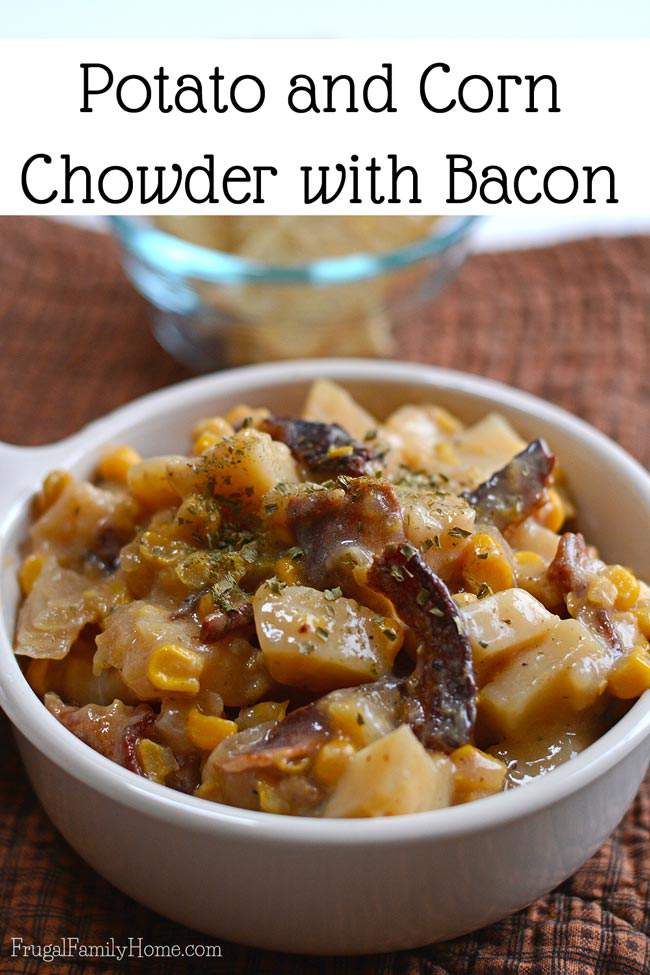 My grandma used to make a really yummy potato soup. I took my grandma’s potato soup recipe and added a few extra vegetables and bacon too. The resulting recipe is what I call Potato Corn Chowder.

You might think potato soup would be kinda bland. But with a little crunch of the corn and the yummy saltiness of the bacon, it’s a great medley of flavors. Who can really resist bacon? I know my son who can be picky will eat this soup up without any trouble. It’s the bacon that gets him to eat the potato corn chowder every time.

I usually use russet potatoes when making this soup. I find they work really well but I think Yukon Gold potatoes would be a great potato to use in this recipe too.

I like to cook bacon in the oven. It’s a lot less messy and while it’s baking in the oven you can get the vegetables cut up and ready for the slow cooker.

But do keep an eye on the bacon. The bacon won’t burn so easily in the oven but can brown very quickly towards the end of the cooking time. I’ve almost burnt it a few times. I like our bacon to be nice and crispy for this soup but not burnt.

Once the vegetables are cut up and the bacon is nice and crisp your almost done. All that’s left is to add all the ingredients to the slow cooker and set it on low. 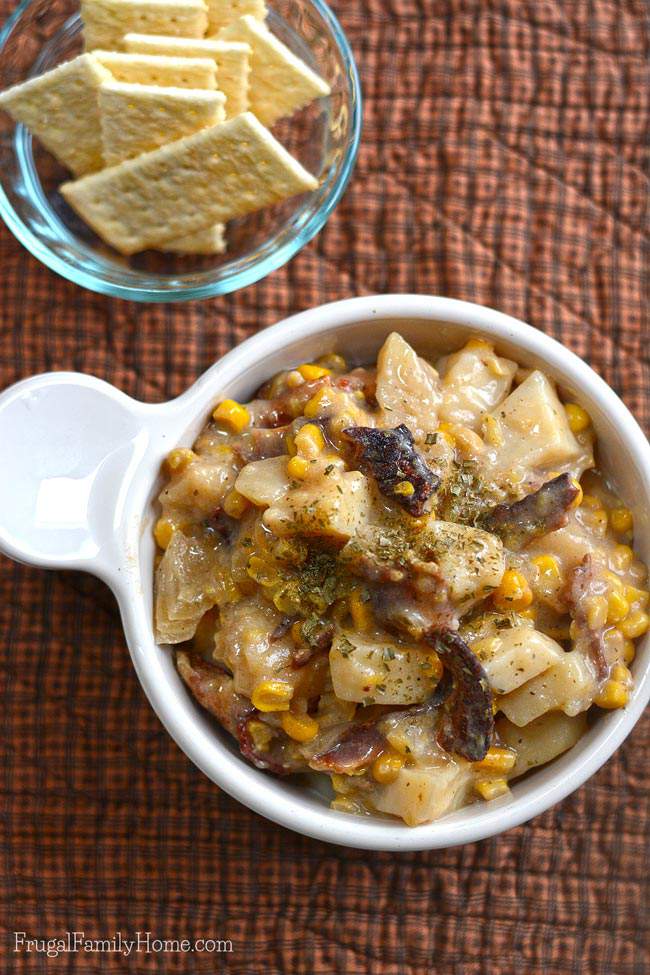 This soup will cook in about 8 hours, but it can easily go up to 10 hours if you are late getting home. I love my slow cooker. It’s so nice to have dinner cooking away while I get other things done. I also love how it fills the house with a great yummy aroma.

How to Serve the Potato Corn Chowder with Bacon

I like to serve this chowder with a few chives on top. It adds a splash of color and a nice flavor too. In the winter, I’ll use dried chives, that I dried myself or purchased at Winco Foods. In the spring, if my chives are up in the garden,  I like to use the fresh ones. 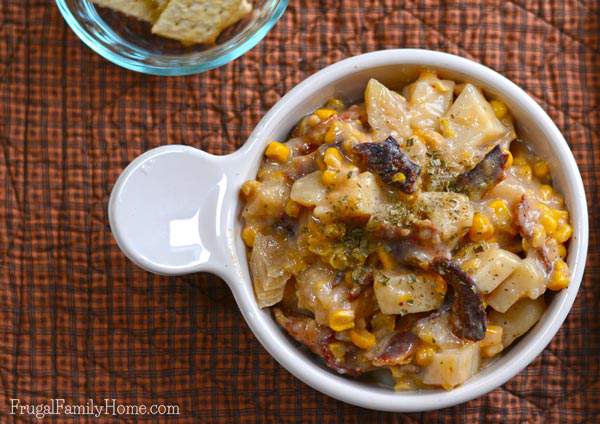 Shelly
To cook bacon in the oven, Place the bacon strips on a cookie sheet and bake at 400 degrees for about 20 minutes or until crisp.
5 from 1 vote
Print Recipe SaveSaved!
Prep Time 20 mins
Cook Time 6 hrs
Total Time 6 hrs 20 mins
Servings 4 servings

What’s your favorite kind of soup? 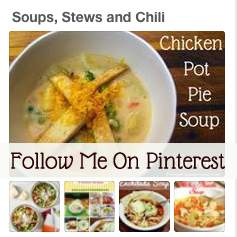