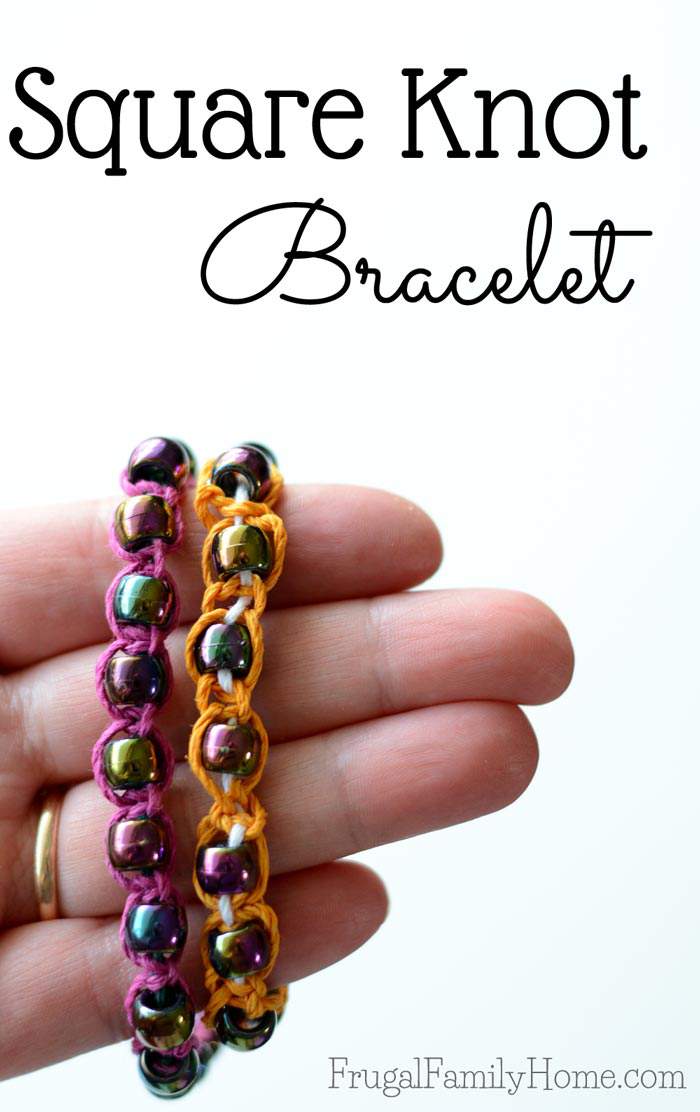 We do quite a few crafts around our house, but making jewelry is one craft I haven’t done much of in the past. So when my kids found a square knot bracelet they wanted to make, I was hoping it would be an easy one. The instructions given were good but learning to tie that knot took me a little time.

The original instructions used embroidery thread for the cording. But since we had some hemp cording left over from another project, the washer necklaces, we decided to use it instead, to make it a square knot hemp bracelet.

Making the square knot hemp bracelet went better than I thought it would. Well, that is once I figure out how to make a square knot. I’m much more of a visual learner and the written directions I found were driving me crazy. But once I got the sequence right, it was easy. 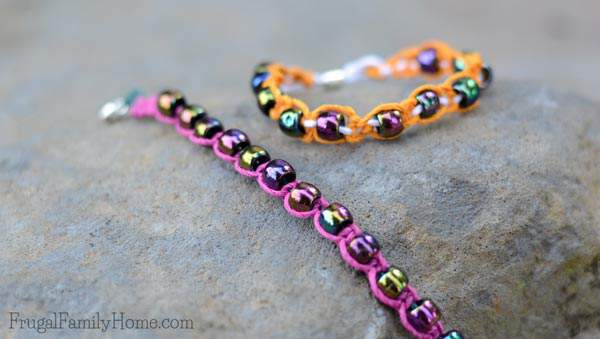 I made a quick video (see video below) to show how to tie a square knot. There is just something about seeing it done that makes it so much easier for me and I’m hoping it will make it easier for you too. Don’t worry if watching videos drives you crazy, I’m also sharing the written instructions too. But first you probably want to know what you’ll need to make these cute square knot hemp bracelets.

Just so you know, some of the links in this post are my referral links. Which means when you use them I might make a little money, at no extra cost to you. Thanks for your support in this way. For more information, please see my disclosure policy. 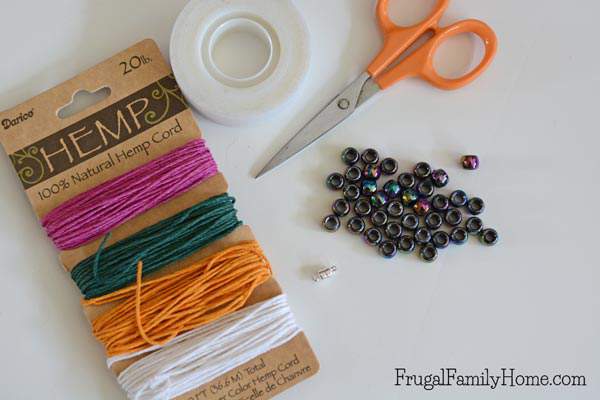 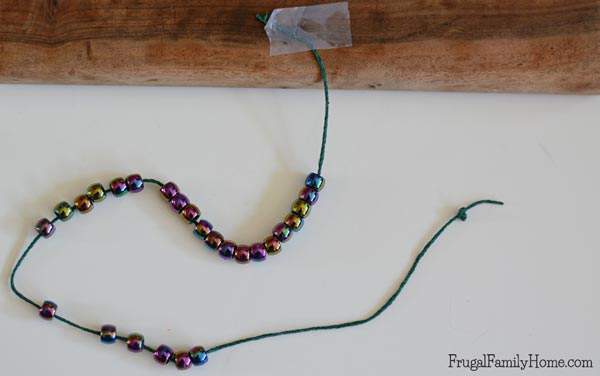 Cut a piece of the hemp cording one and a half times as long as your wrist. String on enough beads to go around your wrist. I ended up using 18 on my bracelet and 15 on my daughters. Secure one end of the hemp cord to the tabletop with tape. Tie a knot in the other end to keep the beads from falling off.

Do these two knots two more times. Be sure to alternate sides. 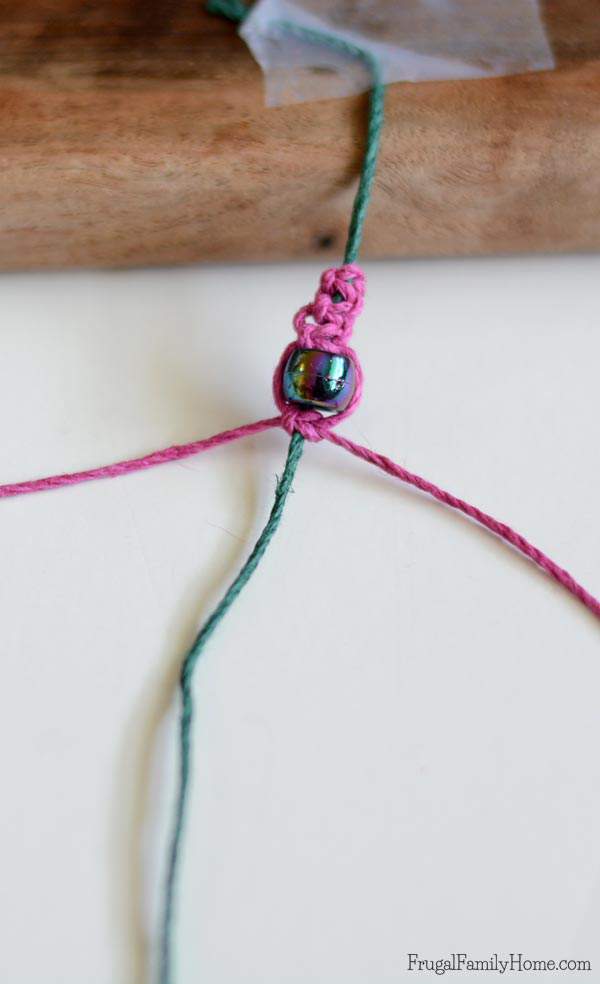 Bring up one bead to the knots, you just made. Start to make another set of two knots like you did before tying the bead into place. Once both knots are in place add another bead. Continue on until the beads are all tied into the bracelet.

End the bracelet by tying the same number of knots you tied at the beginning of the bracelet, to finish it off.

Tie on the magnetic clasps, one to each end and secure tightly.

Cut off any remaining strings. 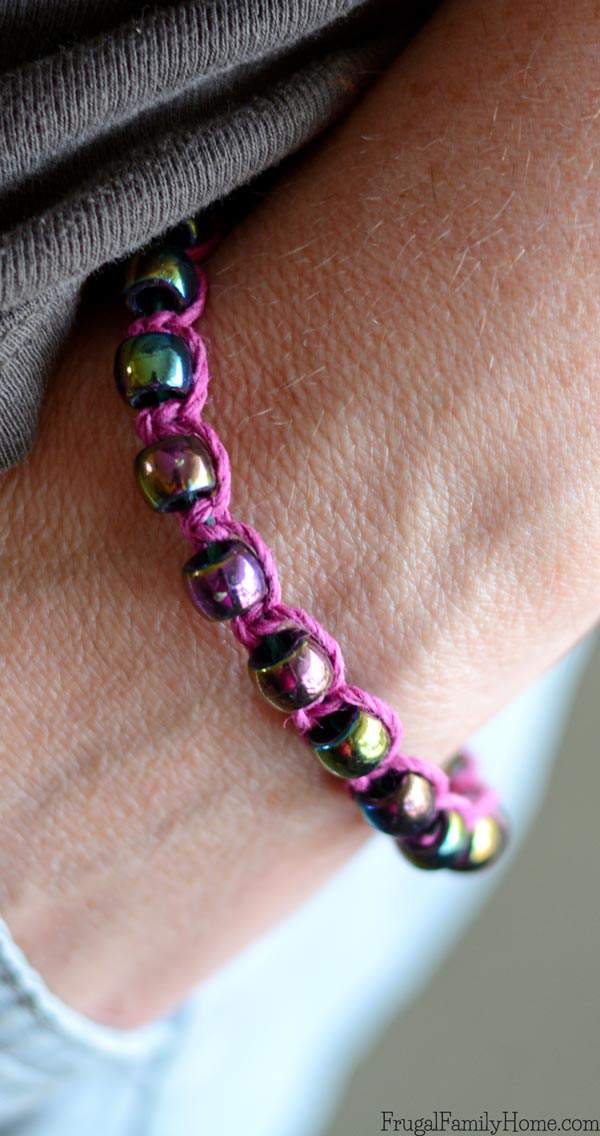 That’s all there is to making a square knot bracelet. My son found it was just a little too difficult a project for him to do. So I helped him finish his. But my daughter had no problem at all making this bracelet. This project might be a better suited project for a tween or teen than younger kids. I think these square knot hemp bracelets would also make really nice stocking stuffers for Christmas. There are lots of different colors of hemp cording you can purchase or you could purchase the plain hemp cording the dye it to the color you desire.

We decided to use two different colors in our bracelets but one color would work well too. You could even leave out the beads all together and just make a square knot bracelet.

Have you ever tried making your own bracelets before? I would love to hear about your creations in the comments below.

Looking for more craft ideas to do with the kids? Find more by following this link to Kid’s Crafts.