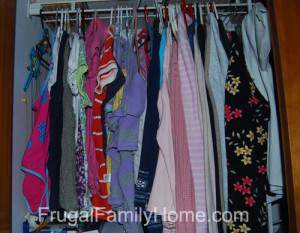 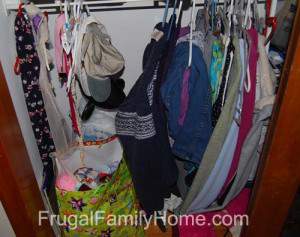 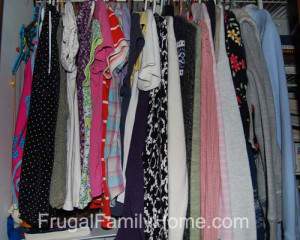 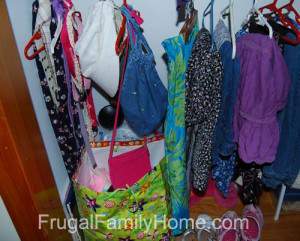 The clothes are now organized by type of clothing. The skirts are now two to a hanger instead four to a hanger. The scarves, hats and bags still look a little messy but I don’t think we can do much better without putting them into a drawer. Now she can find which items she is looking for and now knows what she has to wear. The drawers in her dresser are already nice and organized. She worked on her dresser while I was working last week in my bedroom. She helped to organize her brother’s dresser drawers too. My kids can be such great helpers.

Mary Challenge We actually did this challenge before the cleaning.

First thing was to make sure my goals for the week are manageable. I think I chose pretty well. I am only taking on one area of each room a day instead of the whole room. So most of the tasks this week will take about one hour, but still make a big difference.

Second was to play with the kids. So I told the kids to pick a game and we would play. They picked Mancala and we played two games. My son and myself were a team the first game. The second game the kids were a team. We all had a good time just taking some time to have fun. 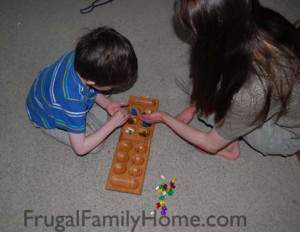 The Challenges I will be working on today

Mary Challenge Write down all the ways you have felt love in someone else’s home. What little touches warmed your spirit.

Martha Challenge We will be working on my son’s bookshelf today.

You can go over at Sarah Mae’s site, she shared a live cleaning video yesterday you might be interested in.