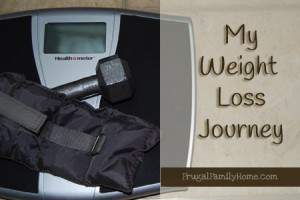 I don’t really know how to start writing about this subject at all. I have read many stories of other people’s  history of their weight but it is still a hard one for me to start. Many times when I have read about other people’s weight loss journeys many of them start out with being chubby from a child and growing up feeling out-of-place in a too big body. My journey doesn’t start like so many I have read before.

As I child I was always thin. I could eat what I wanted and stay the same size. I could do what I wanted and didn’t feel limited at all with my size. I grew up being sympathetic to others with weight problems as my mom  struggled with her weight and my sister too. So I always knew it wasn’t what I saw on the outside that was important it was what was on the inside that made a person beautiful.

My first inclination of a weight problem came in college except instead of the freshman 15, I got the freshman 40. This weight stayed with me as I got engaged, I lost a little weight after my mom died suddenly but I was able to find the weight again.

My weight stayed the same into the first 5 years of our marriage. Then I got pregnant. I feared what I would look like at the end of the pregnancy because my mom’s weight had increased at the time she was pregnant with myself and my sister and it never quite left. So I had a small fear inside of me at how bad would my weight be at the end of my pregnancy.

I kept my fear to myself and as it turned out I had morning sickness (not just in the morning but all day long sickness) for six months. I lost about 15 pound the first three months I was pregnant and another 5 pounds after that before my weight stabilized and I started to gain. I ended up gaining 20 pounds with my daughter. I weighed less the day I walk out of the hospital after giving birth than before getting pregnant. (I know it is not the norm and it was such a blessing to me) Over the next three years my weight went down to a normal weight for my height and I though I was cured of this over weight nightmare. I was thrilled.

Until my daughter turned three and as quickly as the weight was lost I found it all again. Lucky for me not more than I started with but still it was discouraging. Then I started to hate the way I looked. I was discouraged and angry at myself for not being able to have more self-control over this area of my life. I had some success with a few diets but after I would lose two to ten pounds it would come right back.

Then 9 years after my daughter was born I got pregnant again. The morning sickness return but so much worse than with my first pregnancy. I came close a few times to being hospitalized and my doctor finally advised me to just drink Gatorade and eat saltines anytime I could keep something down. Again I lost weight and at 6 months pregnant I felt better. Delivered my son and was back to less than pre-pregnancy weight right out of the hospital.

Then again when my son turned three the weight slowly crept back on. I started to believe something was wrong with me that I couldn’t lose weight unless I was pregnant or nursing. I even had one doctor tell me just have a baby every 4 years and your weight will stay stable. I know she was just joking but I felt trapped in this body I didn’t recognize or like.