Kids and creating they just go together, don’t they? Last time I shared the caterpillar craft my kids made. They turned out really cute. Today I’m sharing an easy to make catapult your kids will love. 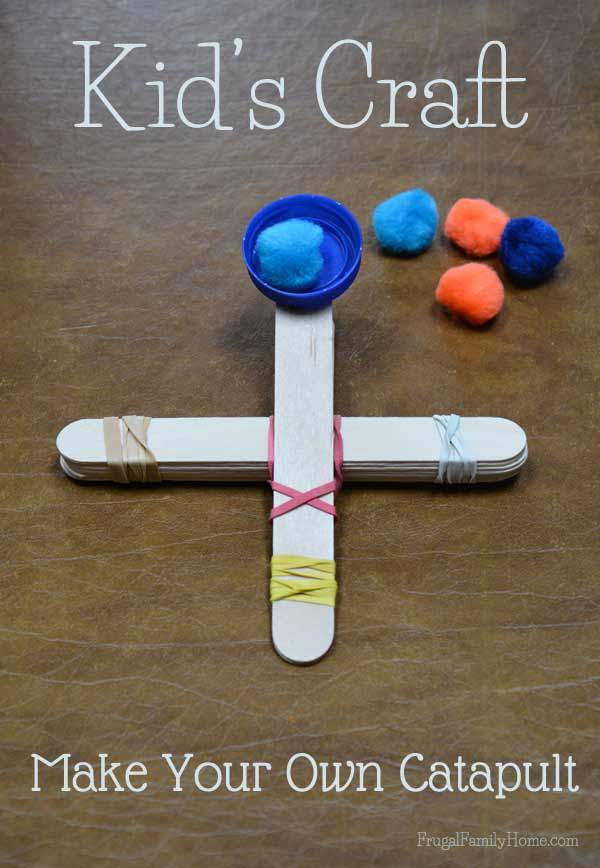 My son loves to shoot or throw things. So this project was one he was really excited about. This catapult takes a few items, popsicle sticks, a cap from a milk or water jug and rubber bands. Most of the things we already had at home. I purchased our jumbo popsicle sticks at the dollar store. Gotta love that store for inexpensive craft times. 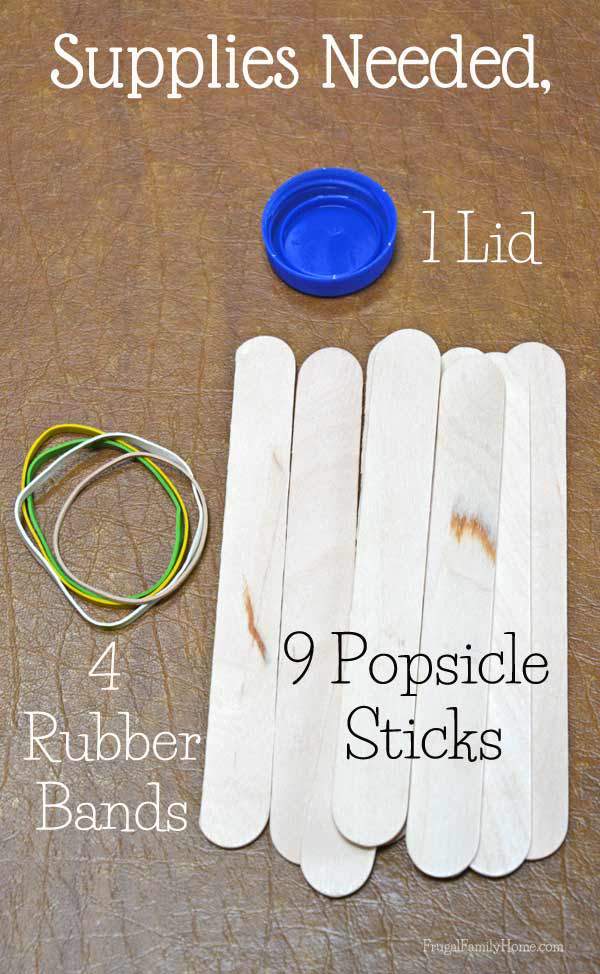 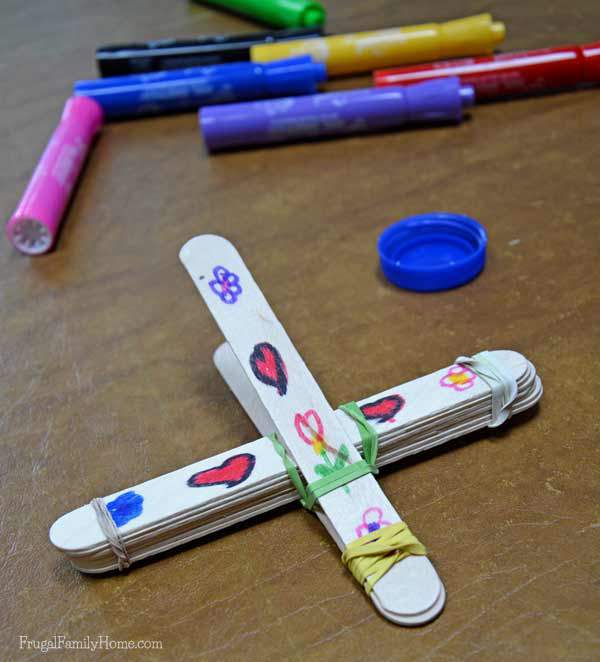 My daughter wanted to decorate her catapult as we were assembling them. She added a flowers and hearts to hers using a felt tip markers. But after using the catapult a few times the drawings started to smear. So it might be best if your kids want to decorate them, to use a sharpie pen.

How to assemble the Catapult 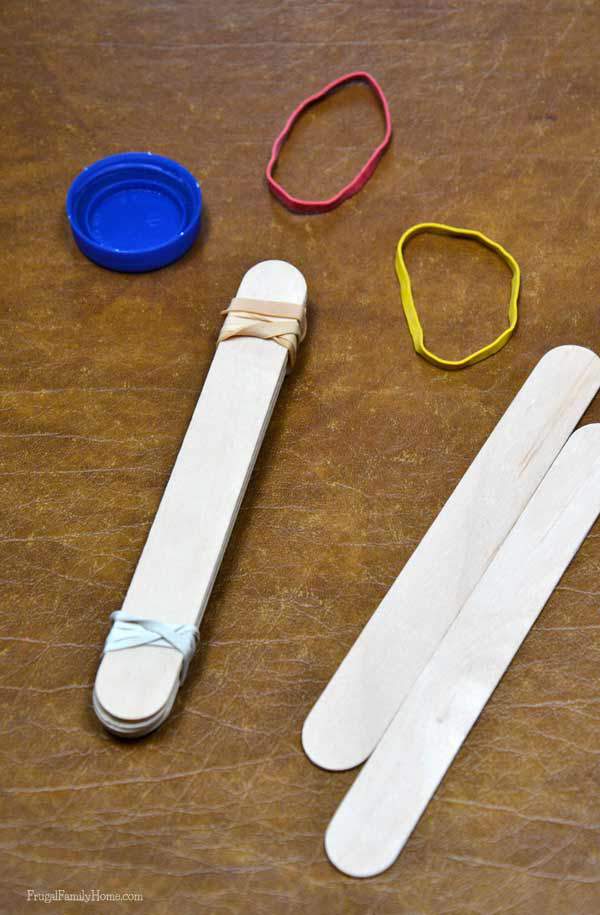 Step 1. Stack 7 popsicle stick together. Then secure them at both ends with a rubber band. Make sure to wrap the rubber band around each end tightly. 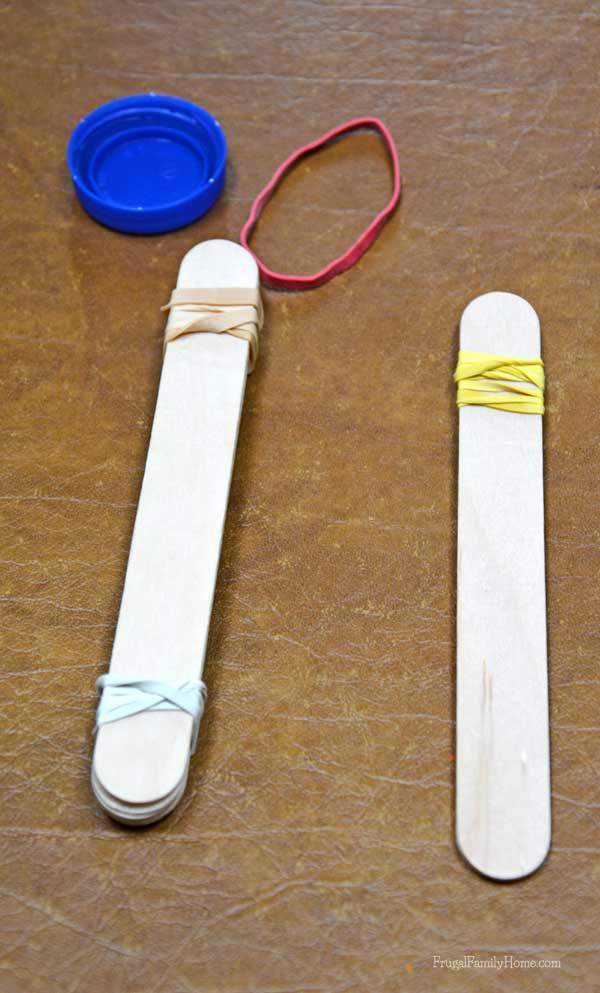 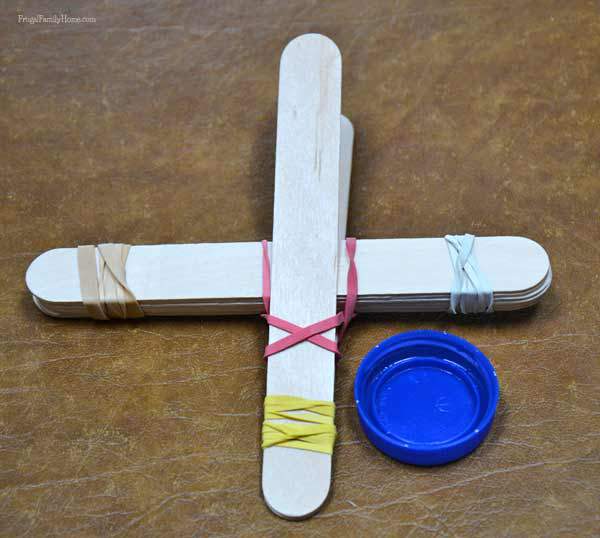 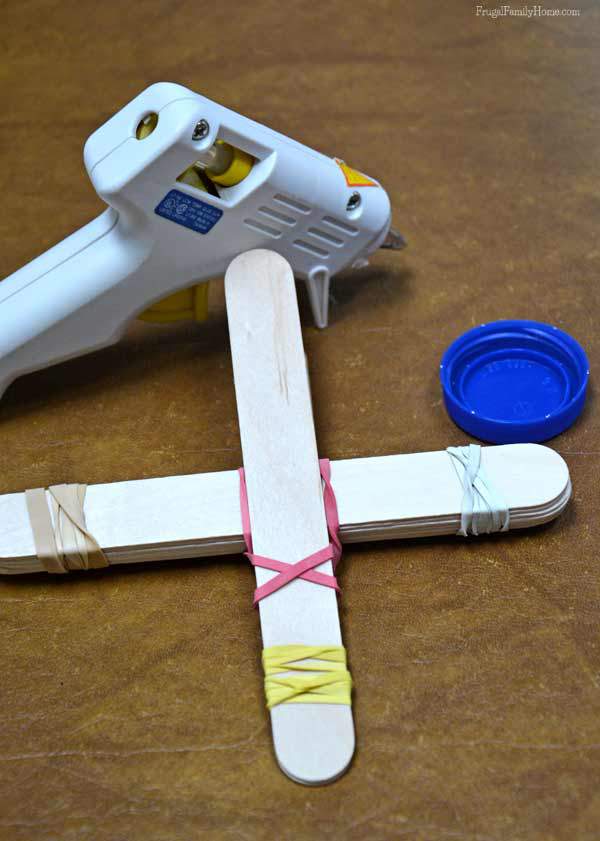 Step 5. Glue the bottle top to the end of the popsicle stick that is sticking up on the top. We used hot glue to secure ours. 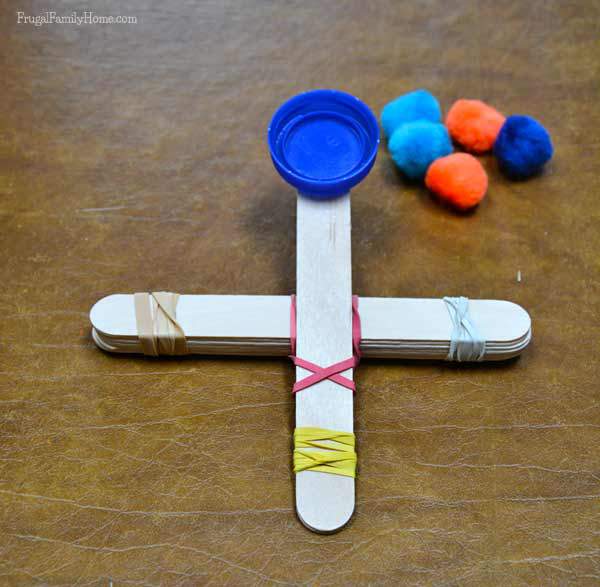 Step 6. Add a pom pom or wadded pieces of foil or paper to the cap at the end of the catapult. While holding the base of the 7 popsicle sticks push the upper arm down and release it. The object will go flying. 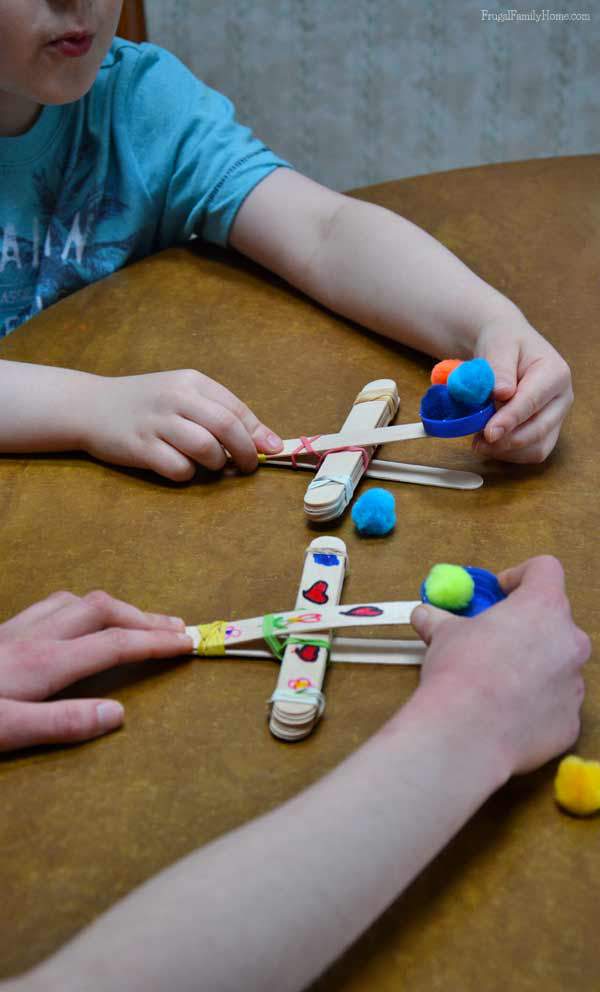 My kids set up a target on the floor so they could play a game with their catapults. To make this activity a little more educational, get some books from the library on catapults and other launching devices. So the kids can learn how they work and why they work the way they do. 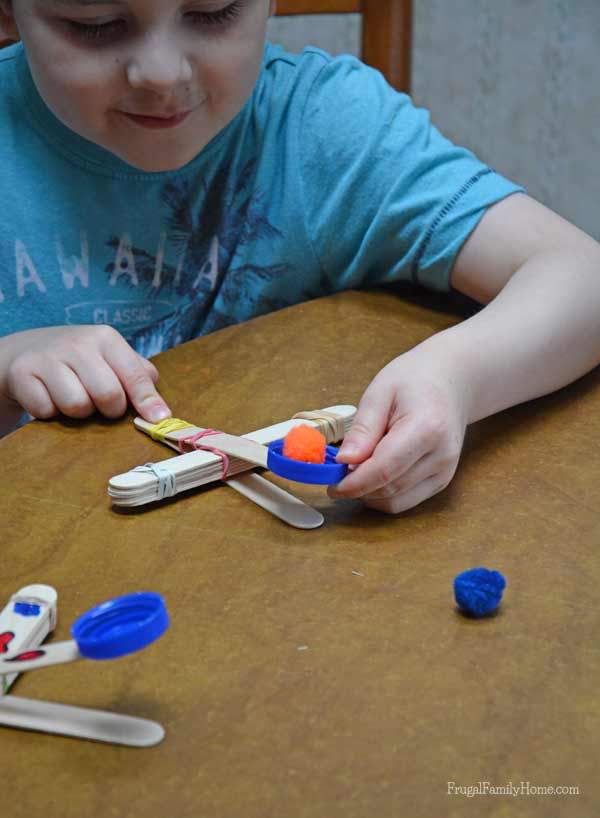 Just so you know the links below are my referral links. When you use them I can earn a little money, thanks for your support. You can read my disclosure page for more information.

The Art of the Catapult

Amazing Leonardo da Vinci Inventions: You Can Build Yourself

I hope your kids love this craft as much as mine did! What kind of crafts have you done with your kids recently?

Check out the other Kid’s crafts.