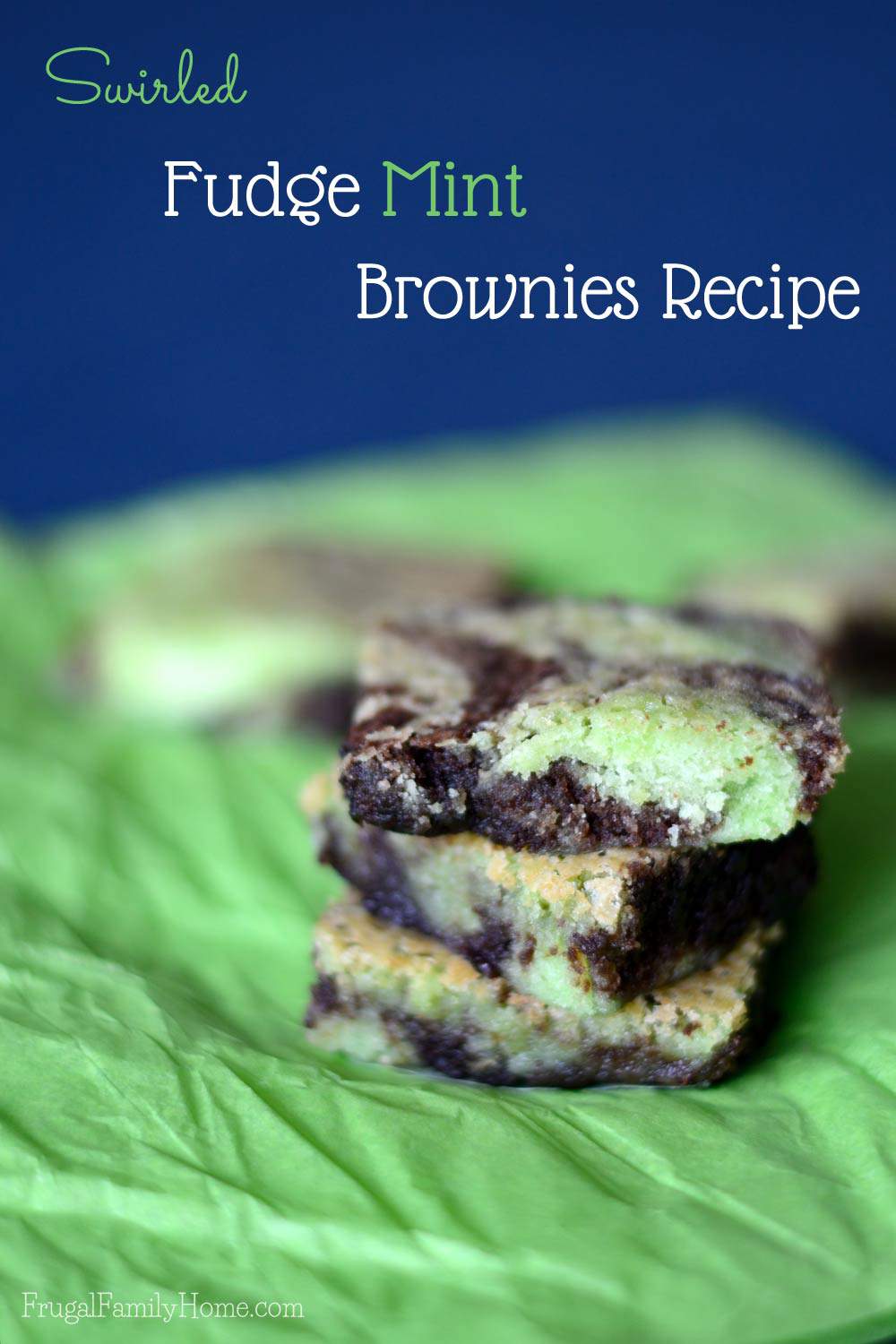 I really love brownies. My favorite brownies are made with a recipe from my great aunt. It’s such a moist and yummy recipe. She always frosts her brownies with a yummy chocolate frosting too. It’s so good.

I wanted to switch up my aunt’s brownie recipe and make it a little festive for St. Patrick’s Day. I thought about trying to make lime swirl brownies, but lime just doesn’t seem to go with chocolate. My second choice and the winner was swirled fudge mint brownies. 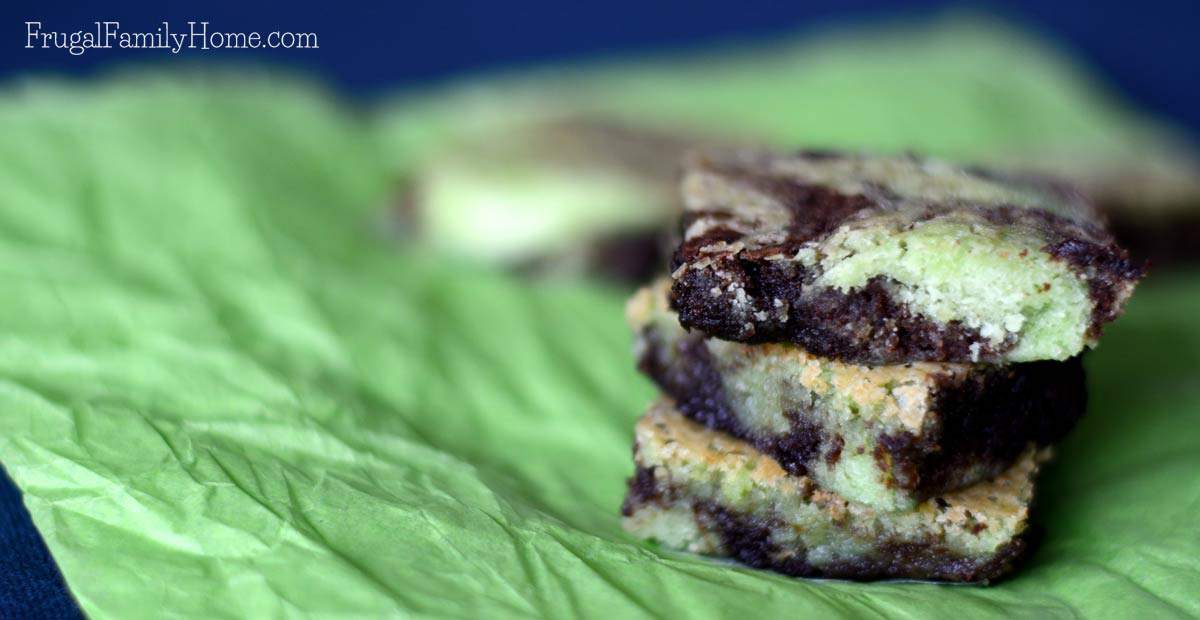 In the past, I’ve added mint to the brownies and then sprinkled them with some crushed peppermint candies. It does make a great mint brownie but it wouldn’t be really anything special for St. Patrick’s Day. So instead, I altered the recipe to make a mix of blonde and chocolate brownies. I added just a touch of green food coloring, which made them festive, indeed.

Mixing the Mint and Chocolate Batters 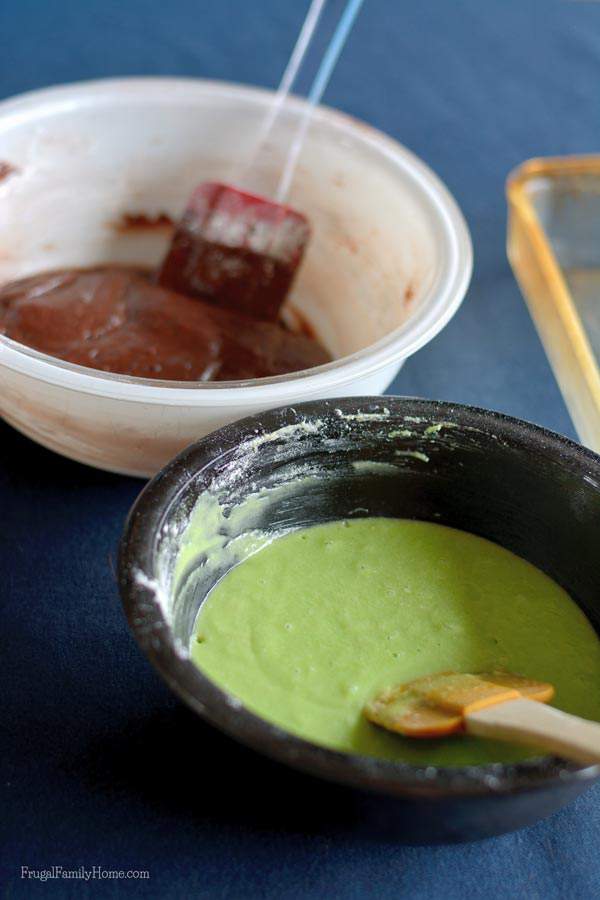 First you will need two bowls. One to mix up the blonde brownie portion and the other for the regular brownies. Because the recipes are almost identical, one without cocoa powder, you can mix them up at the same time.

Once you have both bowls of the batter ready, it’s time for some fun. I dropped scoops of the brownie mix into the baking pan. Then I dropped the blonde brownie batter in between the chocolate brownie drops, to make a checkerboard type look. Well, sort of, as you can see mine was just a little messy. 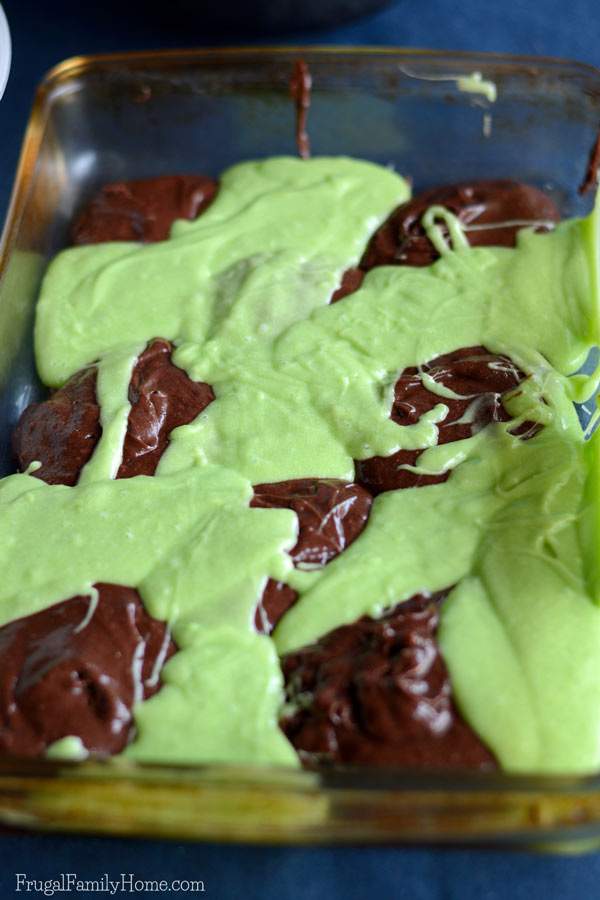 My daughter thought I was crazy, at first. She asked me, “Are you sure you are making brownies?” I reassured her they would be like regular brownies when we were done. Just with mint. 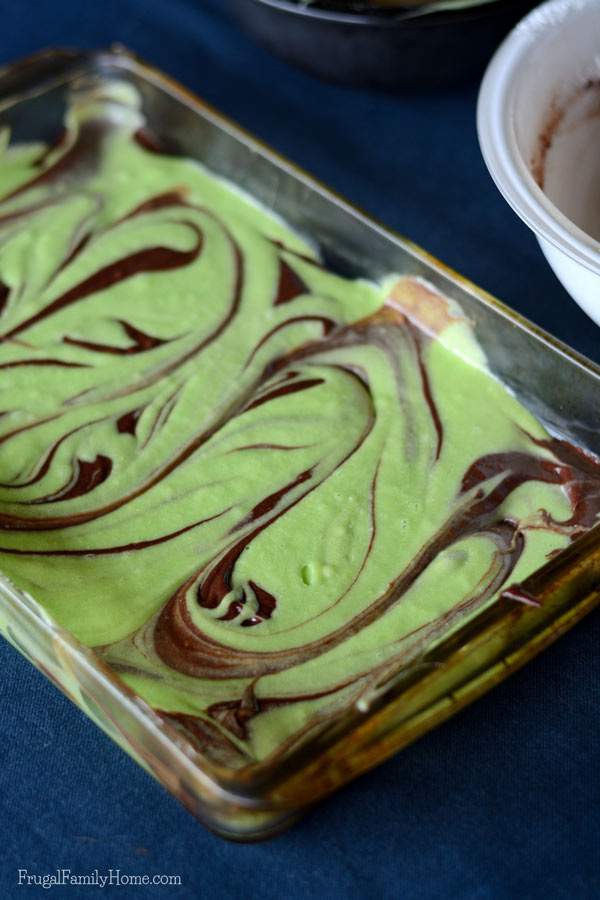 After the brownies were done baking they smelled great. I let the brownies fully cool before cutting them. Boy was that a difficult task. The brownie were nice and fudge-like, not cake-like at all. That is one of the reasons I love this recipe, for brownies.

The kids and I gave them a try. The flavor was good right, not too minty, a great balance of chocolate and mint. We used spearmint extract in our blonde batter, but peppermint would work great too. 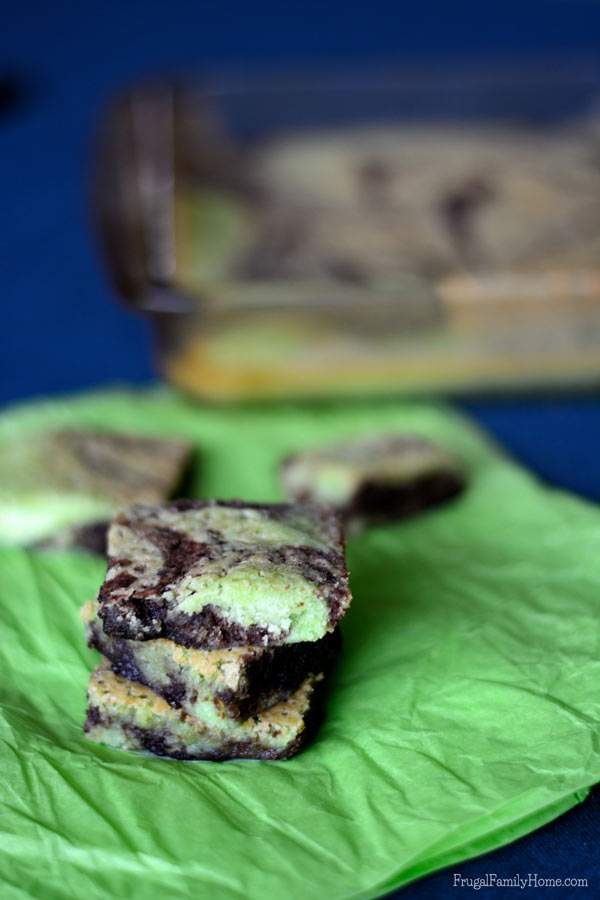 Serving: 1brownieCalories: 125kcalCarbohydrates: 18.4gProtein: 1.5gFat: 5.8gCholesterol: 36mgSodium: 64mgSugar: 14.4g
Tried this recipe?Click here to tell us how it was!

If you are looking for a yummy treat with a hint of green for St. Patrick’s Day, you’ll want to give these brownies a try. Be sure to pin this recipe, so when you have a mint and chocolate craving you’ll know where to find it.

Other Green Themed Recipes and a St. Patrick’s Day Craft too, 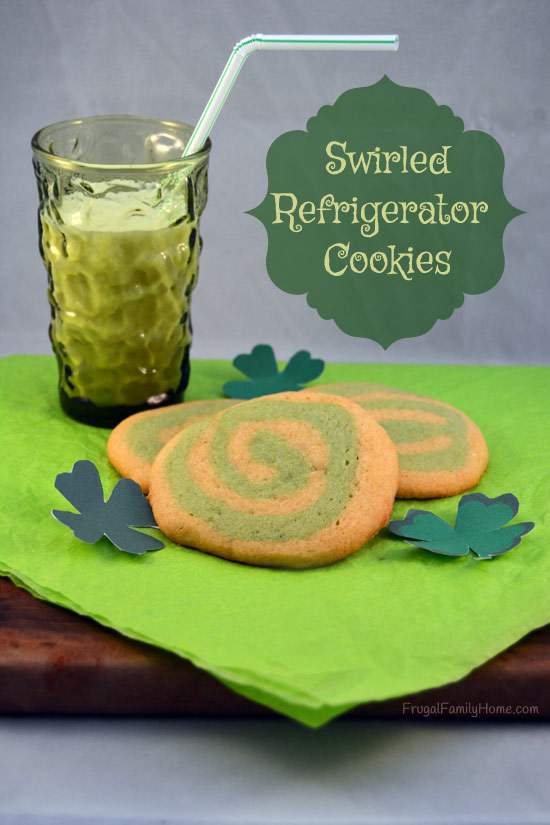 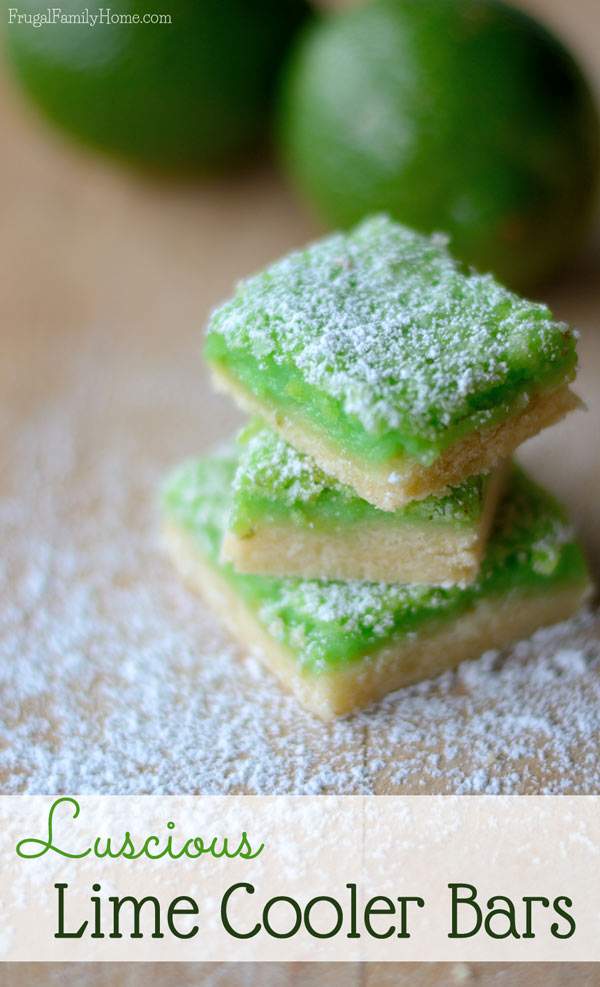 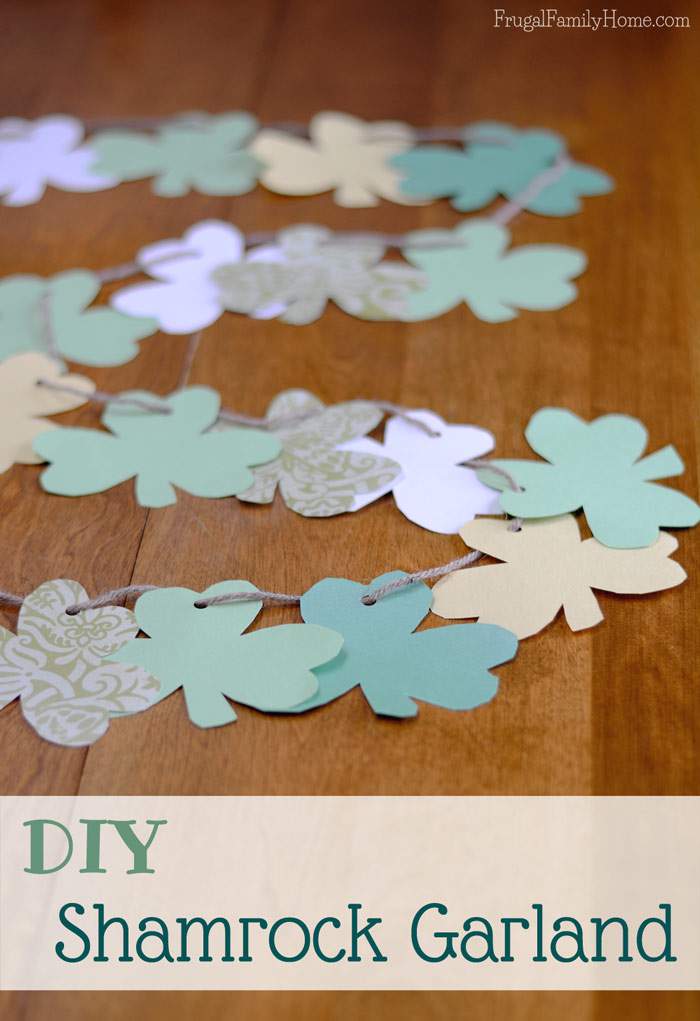