I like to purchase meats when they are on sale and stock them into the freezer. One cut of meat I can get regularly on sale is London Broil. Sometimes I will cook this cut of beef in the crock pot with homemade cream of something soup. But in the summer I will grill this cut of meat with some herbs rubbed on it. 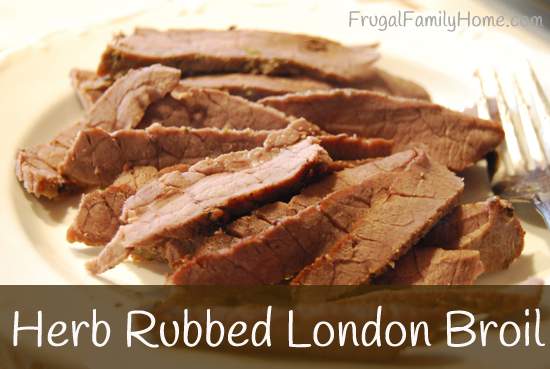 Since we like to have our meats cooked almost well done I will usually cut the London Broil in half lengthwise. This cuts down the cooking time and helps the meat to cook to our liking in a short amount of time. If you like rare to medium then cooking the meat without cutting it lengthwise  would be best. 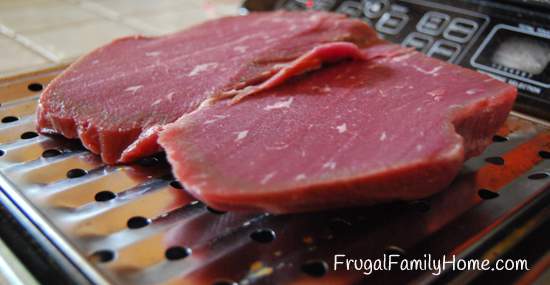 I just sprinkle the meat with a herb mixture and then grill or broil the meat. 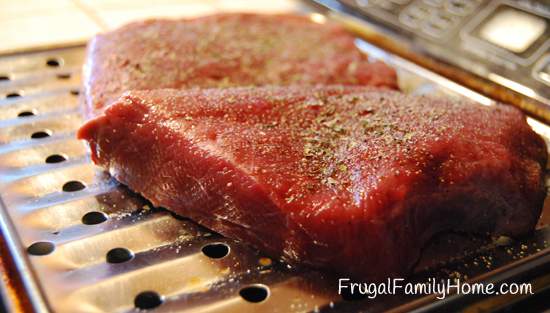 When it is hot out I will grill these on the wood fired grill we have. Other times I will broil them under the broiler. Usually each side will take seven minutes on each side for well done. 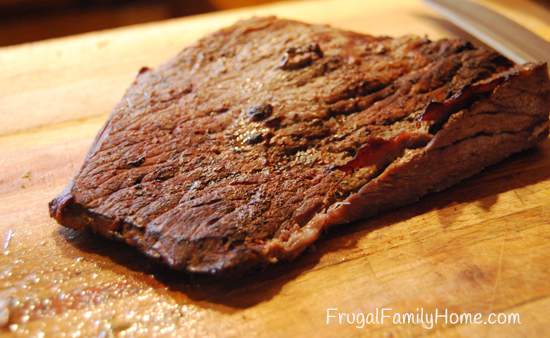 I like to make sure I let the meat rest a while before I cut it. About 5-10 minutes is usually enough to let the juices settle in the meat. When I grilled or broil this cut of meat I like to make sure to cut against the grain. It helps it to be melt in your mouth tender. 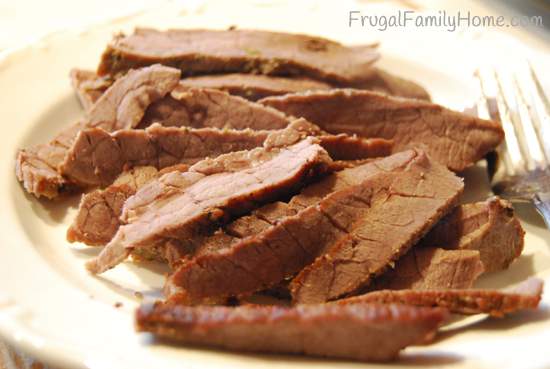 So the next time you see London Broil on sale be sure to grab one and give this easy and tasty recipe a try.

To complete the meal,

We serve our with roasted vegetables as a side or on top of a green salad with a side of garlic bread.

You can mix up a larger quantity of the herb mixture and have it on hand so you don’t have to mix it up each time. Or better yet, if you are preparing the meat for the freezer, sprinkle it with the herb mixture then freeze. It will marinate while it is defrosting making dinner even faster and tastier.