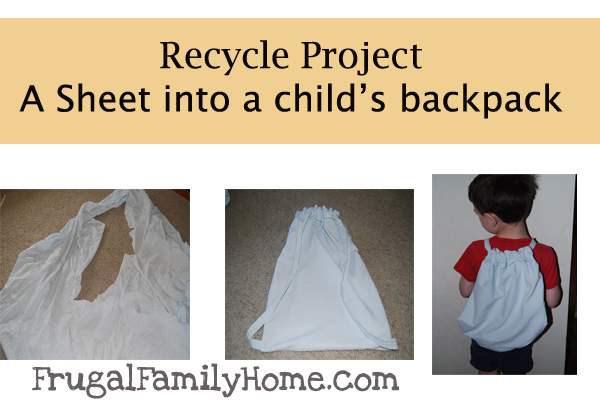 I am trying to get a project posted each month about how I use old or worn out items to turn them into something new. I was not able to get a post up for the month of August but here is the recycled jean quilt I made for my son. Here is another post about using t-shirts to make yarn for a rug.

For this month I decided to make something out of a sheet that had gotten a small hole in it and then the hole got caught on my son toe and ripped. So it was unusable on the bed. So now I had to think what could I do with this. 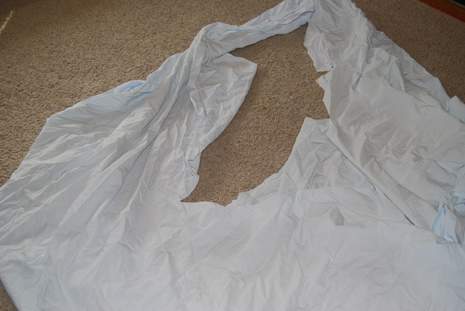 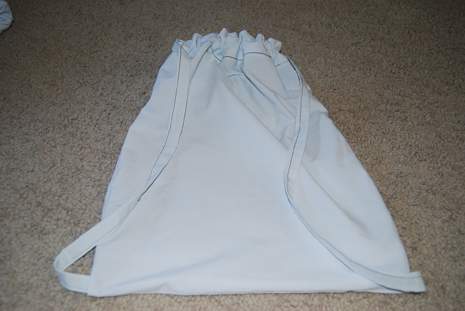 I used my daughter’s small backpack as a guide and went to cutting it out. Since I did not have a pattern I had to decide in which order to sew it up. I wanted to keep the straps the same as my daughter’s. My daughter pack is nice because while putting the pack on it closes itself. So the child does not have to remember to close it. The straps have a drawstring type action. It took me a little time of comparing the finished one with the one I was making but I finally got it together. 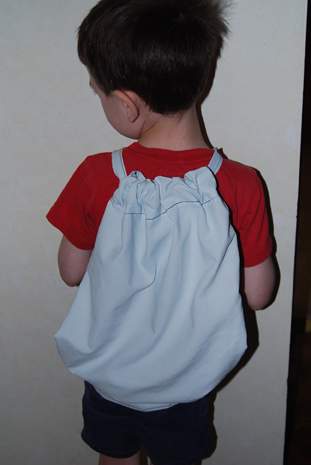 Now he has his own backpack that is smaller so hopefully even when full he will be able to carry it himself. I even had some of the sheet fabric leftover along with the elastic I removed. So you may see it show up in one of my projects in the future. I think his little pack looks so cute. We have some fabric pens so he may have some fun decorating it himself if he decides he wants to.

So that is my recycling craft for this month. Have you ever recycled used or worn items into something new? 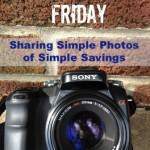