With St. Patrick’s day coming, it made me think about foods we would enjoy this time of year. One of those foods is these easy potato pancakes with chives and parsley.

These potato pancakes are easy to make and delicious too. Eat them alongside a main dish for a change from regular mashed potatoes. 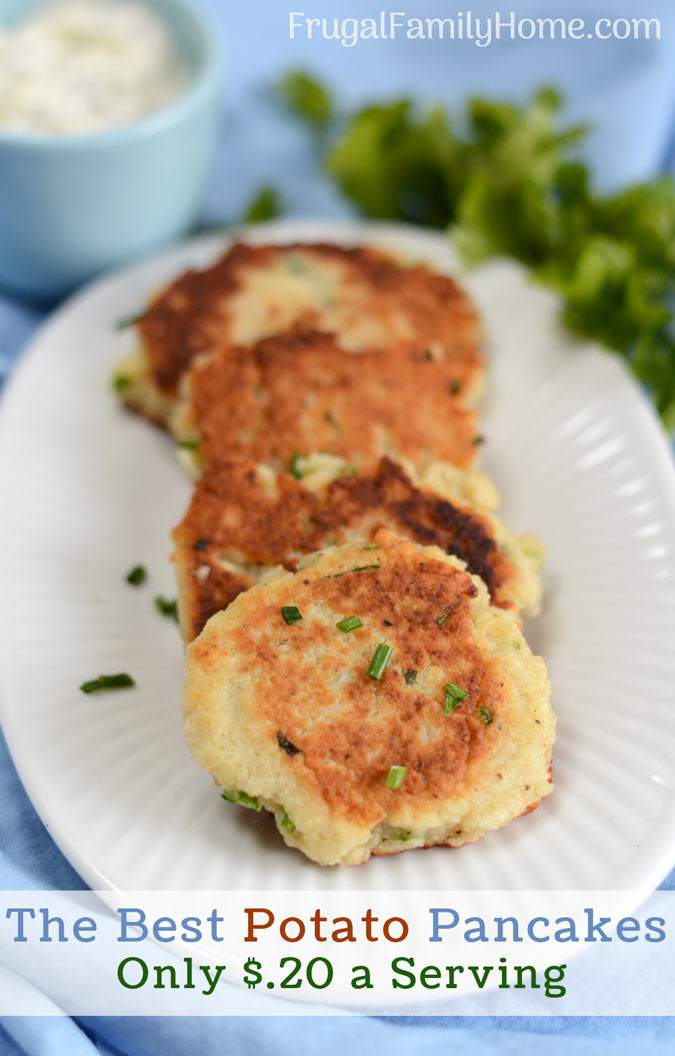 My grandma used to make potato pancakes for us when we had leftover mashed potatoes. Her potato pancakes were creamy on the inside and crisp on the outside. But mine never turned out right.

This time around I didn’t have leftover mashed potatoes, and I didn’t feel like shredding the potatoes. So instead I ran them through the food processor with half an onion. I added the onion to add more flavor.

Then I proceeded with the recipe like my grandma would have made it but with pureed and drained potatoes and onions. I added chive and parsley I had growing in the garden too.

It made for a delicious yummy potato pancake with chives and parsley.

Ingredients Needed for Easy Potato Pancakes with Chives and Parsley I made a quick video to show you how to make these quick and easy potato pancakes. If watching videos aren’t for you, no judgement here, scroll down for the printable recipe and tips.

These tips can help to make sure these potato pancakes turn out crispy on the outside and soft and flavorful on the inside.

Use Russet Potatoes, I like to use russet potatoes. Russet potatoes cook up well in this recipe; they are less waxy than some other potatoes.

Russets also are a little drier too. Use them if you have them. You can also use Yukon Gold potatoes. But if you have russets, they are the best choice for potato pancakes. 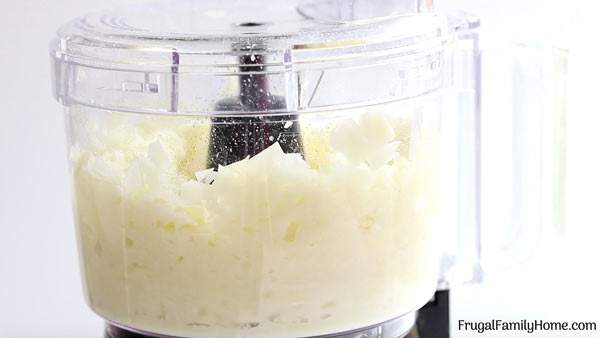 Strain the Onions and Potatoes well. I like to place my potato and onion mixture into a dish towel and squeeze the extra water out. Getting the fluid out first helps the potato pancakes to hold together better and you’ll need less flour. 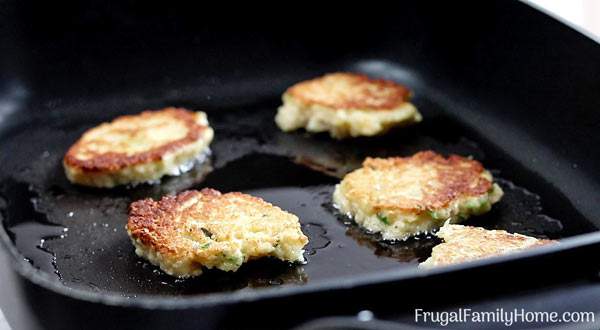 Drain the potato pancakes on paper towels after they are finished cooking. This will help to remove any extra oil from the pancakes.

Serve sprinkled with extra chives and parsley if desired. You can serve them with sour cream too. 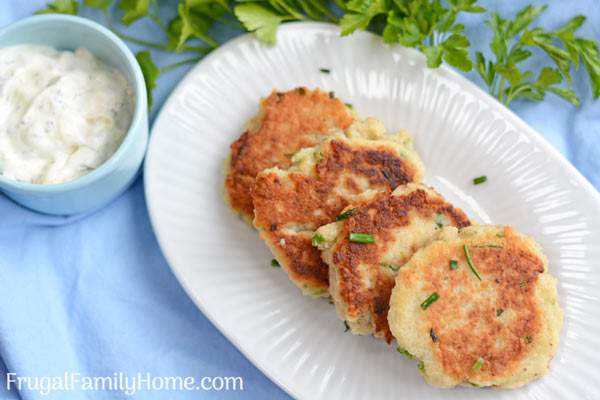 How Much Does it Cost to Make Easy Potato Pancakes?

These potato pancakes make a great side dish. And they are inexpensive to make too. Not as cheap as rice but pretty close.

I used parsley and chives out of the garden when I made ours but those two ingredients are optional. You can use dried chives and parsley if the fresh herbs are more expensive.

That brings the cost of this recipe to $.84 for the whole batch. Or just $.21 per serving with two potato cakes per person. If you purchase the fresh parsley and chives, the price will be a little more per person. But you can keep the cost lower by using dried chives and parsley.

More Cheap and Easy Side Dishes 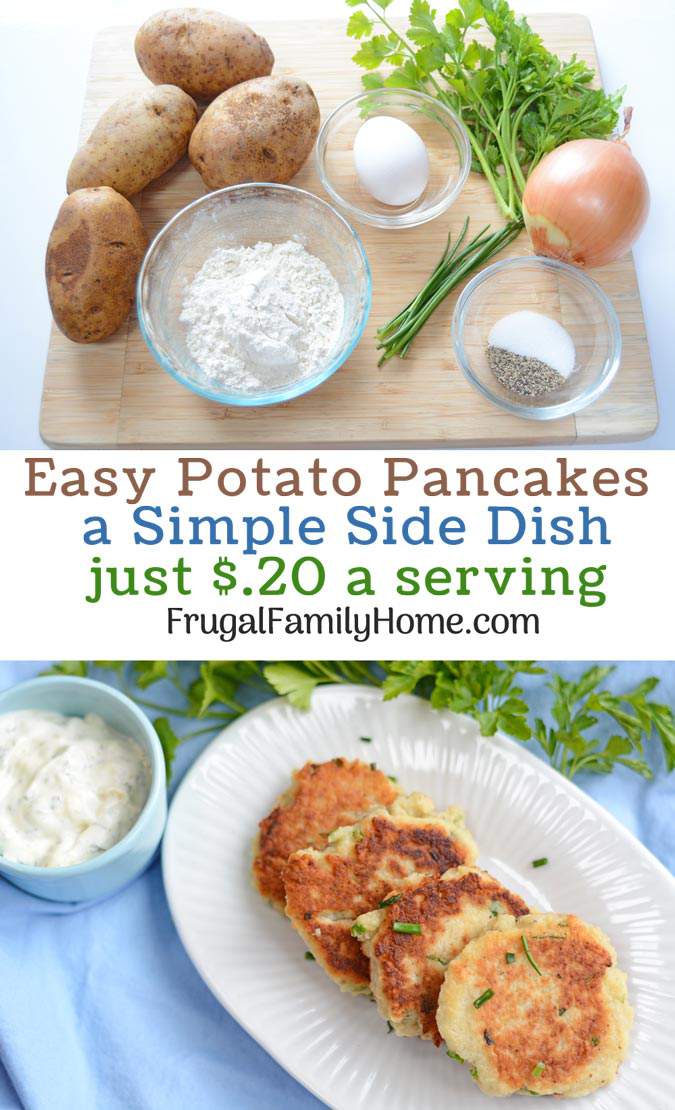 1 thought on “Easy Potato Pancakes with Chives and Parsley”