I love hydrangeas. They have such beautiful huge flower clusters and the leaves are very pretty too. But did you know when you are transplanting hydrangea you might end up with more? We started out with one huge hydrangea and ended up with three plants in the end.

When we purchased our home there was a huge hydrangea planted under the overhang of the upper floor. The people who owned the house before us hadn’t done much yard maintenance in quite a while and everything was overgrown. The rhododendrons actually covered the second story windows. The yard was quite a mess. 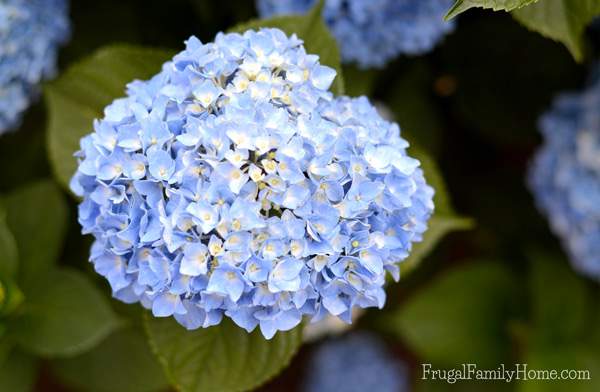 The hydrangea under the second story overhang of the house was so huge for the spot they had planted it in, my husband and myself decided it needed to be moved. We relocated it over to where two huge fir trees had been. We had to take the fir trees out because they were planted so close to the foundation of the house, we thought in time, it might crack the foundation. So they needed to go.

While digging up the hydrangea, we tried to be sure to remove the hole root ball and expanding roots. It was quite a job and a big hole once we were done. We thought we had gotten all of the roots. We transplanted the hydrangea and it seemed to be happy in it’s new spot. 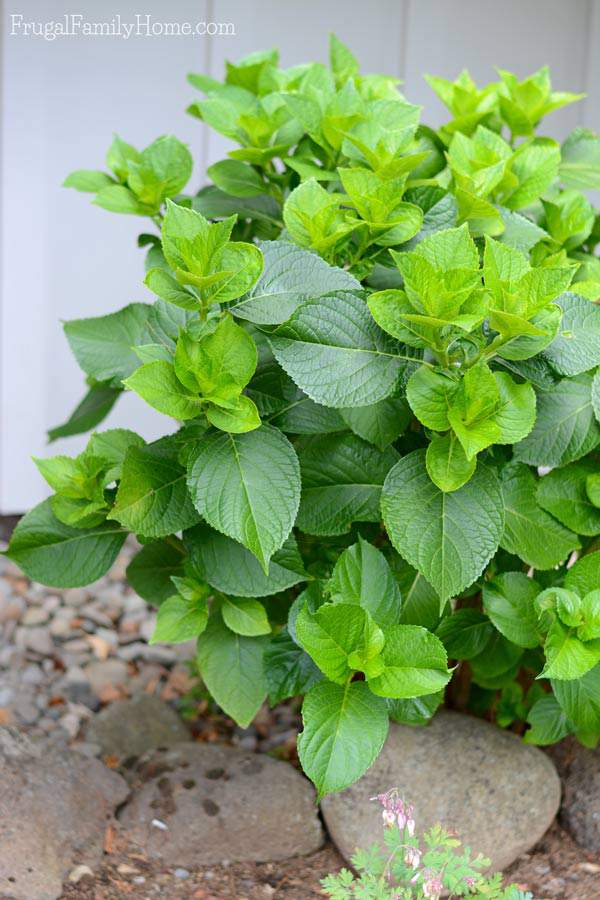 But we must have missed a root and the hydrangea started to regrow, where we had moved it from. Because it was a much smaller plant, we let it there to grow. We decided to leave the new hydrangea where it was under the second story overhang. After all it was determined to live there and the newly grown plant was much smaller. With regular trimming we have managed to keep it small.

Fast forward a few years to last spring while I was doing my fall leaf clean up and yard maintenance, my husband found that a branch of the big transplanted hydrangea had rooted in under the leaves that had fallen and built up at the base of the plant.

We cut the branch off from the main plant and pulled it up. At first we were just going to compost it, but then we thought we would try to replant it in another area. After all this hydrangea had proven to be pretty hardy in the past and the worst that would happen is it wouldn’t grow.

We planted the rooted branch under our maple tree and there it sat dormant all winter. I wasn’t sure it would start to grow in the spring but to my surprise, it started to grow leaves. Then a couple of weeks ago it started to bloom. 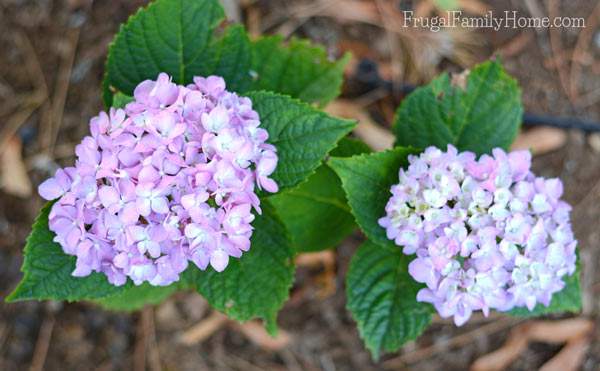 It’s a very tiny little hydrangea with two big flowers on it. I assumed the blooms would be blue just like the original plant in front yard, but it turned out to be a beautiful lavender color instead. I believe the soil under the maple tree must be a little more alkaline or that area must have less aluminum in the soil. I think that is what makes the hydrangea change the color of the blooms.

It’s hard to believe that from one hydrangea plant we have now have three, the two extra we never really intended to have but they are a lovely addition to our garden. I love it when you can get another plant for free just by dividing it or transplanting a branch like what happened this past year.

Have you ever tried transplanting hydrangea and ended up with more than the original plant?

Click here to see all of my gardening posts.

7 thoughts on “Transplanting Hydrangea, How One Grew into Three”