For this week’s budget grocery haul, I shopped two stores. I shopped at Fred Meyer for their coupon deals and a few other things we needed for the week and I shopped Costco too.

Costco had a great deal on Jif peanut butter. There was a $2.50 coupon off two 48 ounce containers. The coupon brought the cost of the peanut butter down to about 7 cents per ounce, which is such a great deal. I picked up the limit of two.

Usually, I stock up at $.10 an ounce for peanut butter. I really wished I could have bought more at that great price.

There weren’t any really great deals this week but I did find a few good buys with the e-coupons for Fred Meyer. On Friday I loaded the free 2-liter pop coupon and used it this trip to get a free two liter of pop. They had a good coupon on Fred Meyer brand potato chips and tortilla chips too.

Produced deals weren’t too great this week. I picked up lettuce and bananas at Costco. At Fred Meyer, they had a good deal on strawberries but that was about it. I did pick up a few grapes too but they weren’t that great of a price this week. 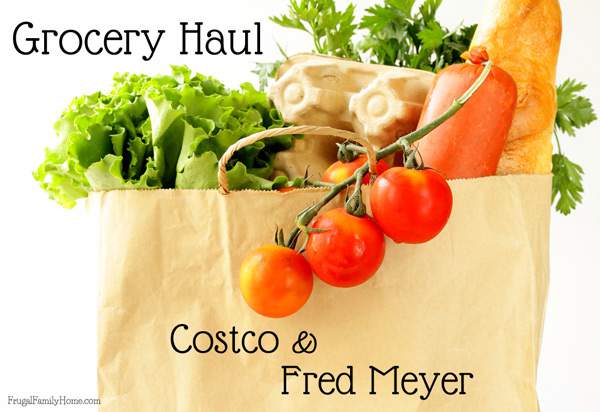 This week I ended up spending $109.15, which isn’t too bad considering I made a trip to Costco. I did a pretty good job of just sticking to my list.

What was your best deal this week?

Here’re the links to recipes I mentioned in the video,