Inside: A simple apple pie recipe that has only a few ingredients but ends up tasting really delicious.

There is something that is so delicious about a simple apple pie. The combination of the tartness of the apples with the spice of nutmeg all encased in a crisp and flaky shell. It’s a wonderful combination that isn’t hard to make. 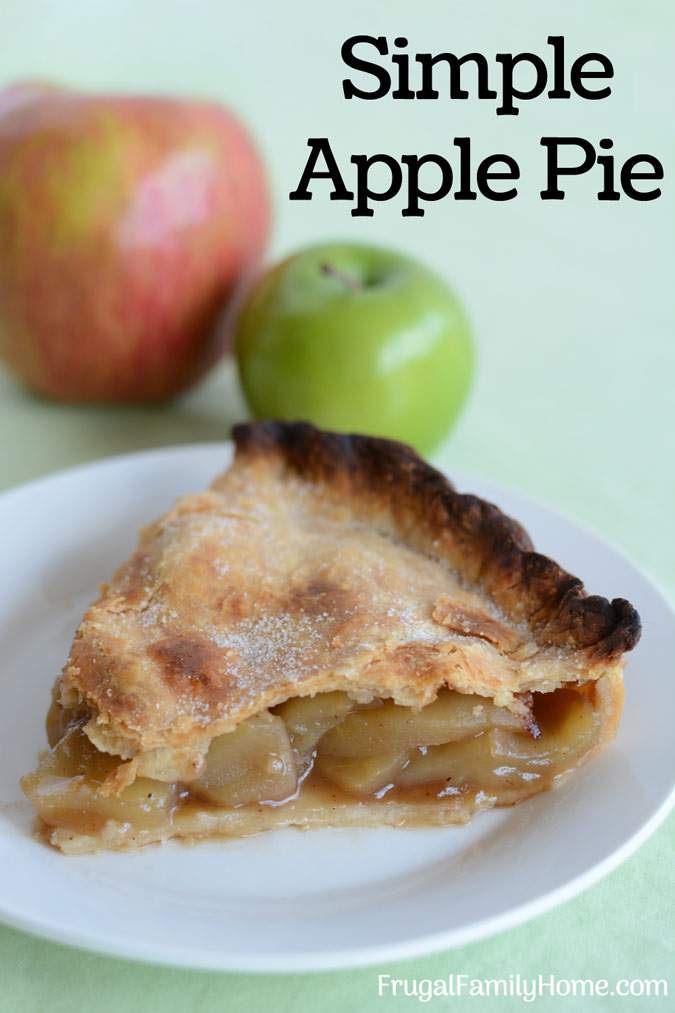 If you need to learn how to make a pie crust you can watch my step by step tutorial and learn how. Be sure to double the recipe as you’ll need a double crust instead of a single crust.

If you don’t want to make your own pie crust, you can pick up a pie crust at the store. They are usually in the refrigerator section and most brands come with two pie crust per box. Making it easier to make pie anytime. 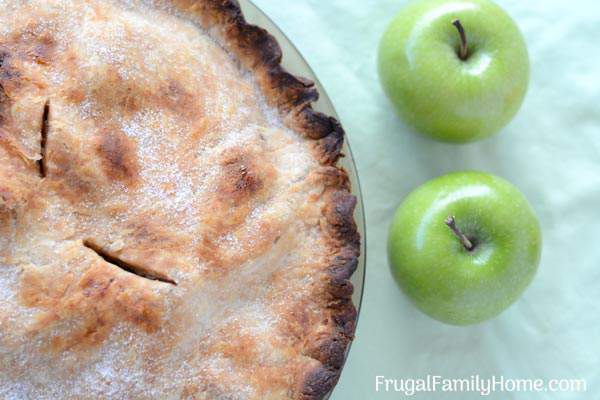 After you get the pie crust made or purchased, all that is left is to make the filling. These are the ingredients you’ll need to make this simple apple pie,

How many apples you’ll need will depend on how big your apples are. The honey crisp apples I used in this pie were so big, I used three and a half to get 6-7 cups of sliced apples. But with an average sized apple, you’ll need about 2 pounds of apples or around 6-7 medium sized apples.

You can watch the 5-minute video I made for this recipe. Keep reading for a few tips on making this simple apple pie and the printable recipe too.

I’ve used my referral links where appropriate. When you purchase through them I can make a little money at no extra cost to you. Thanks for the support in this way.

I like to peel my apples after I core them. I find it’s easier to hold onto the apple to core it if I leave the peel on. I love my little paring knives for peeling the apples. You can also use a vegetable peeler to remove the peel. My kids like to use this one we have when they are helping me in the kitchen.

If you have an apple peeler, corer, slicer it would work well to prepare the apples for the pie. I have one just like this model and it works great.

I mix the flour and nutmeg before adding it to the sliced apples . It helps to distribute the nutmeg more evenly.

After adding the brown sugar to the apples, toss to coat all the apples really well. I used my hands for this as it works well, but a spoon would work well too.

After adding the top crust fold the extra crust over and under the bottom pie crust to build up the crust edge. Then press to seal it well. I like to make a standing edge to my pie crust but crimping the crust edge with a fork is easy to do too.

Press the top crust down onto of the apple to compact the apples more and make the crust conform to the apples.

Cut a few vent slits in the top of the pie to release the steam as the apples cook. Sprinkle the crust with a little sugar before baking.

How to Make a Simple Apple Pie with Video Tutorial 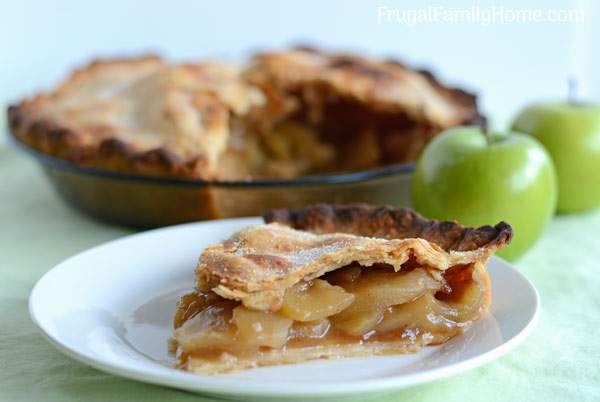 That’s how I make a simple apple pie. I hope the video tutorial helps to show you how easy it can be to the perfect apple pie. When you make fresh apple pie at home you can save money and have a yummy homemade pie you made yourself.

What’s your favorite apple to use in a fresh apple pie recipe? I really like granny smith apples but honey crisp apples are also really good too. 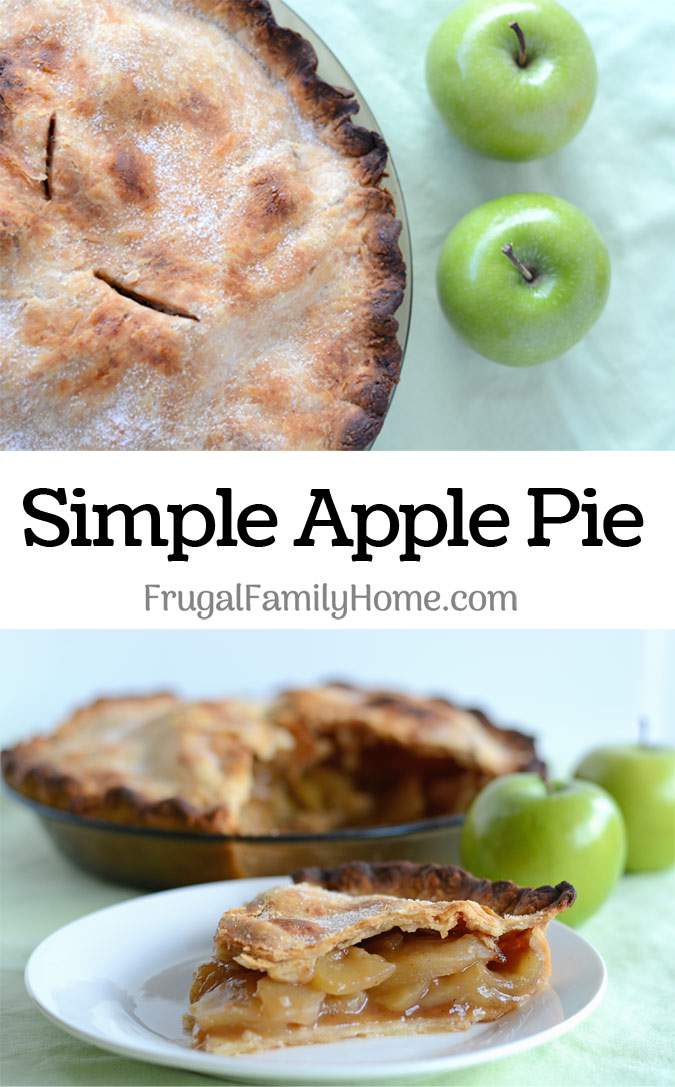